Return of the Obra Dinn

27 May 2014 | By Nick Horth
Lucas Pope (also known by the handle Dukope), the brains behind last year's cult indie title Papers, Please, has announced his next title.

Return of the Obra Dinn will be a "3D first-person mystery game" set on a East India merchant ship, the titular Obra Dinn, in 1808. When the ship rolls into harbour with damaged sails and no crew, it's up to you to find out what happened.

According to Pope this will be a much less experimental game than Papers, Please, at least in terms of the core mechanics.

"I want to challenge myself so this'll be a very different game from anything I've done before,"

he writes on the game's TIG Forums page, "including Papers Please. There'll be less creativity with the gameplay and instead I want to experiment with the rendering, story, and a few technical features. Right now I have only a rough idea about the narrative. I'm hoping to capture a compelling mystery with suspense and twists in the limited space of an old merchant sailing ship. It won't be the typical "collect items and look for clues" structure. There's a slightly cool gameplay hook but I won't go into details on that until much later."

You can get a sense of the art style from the only image Pope has released so far, which I've added below. Check here for more on the specifics of the game's development, as well as any future updates. 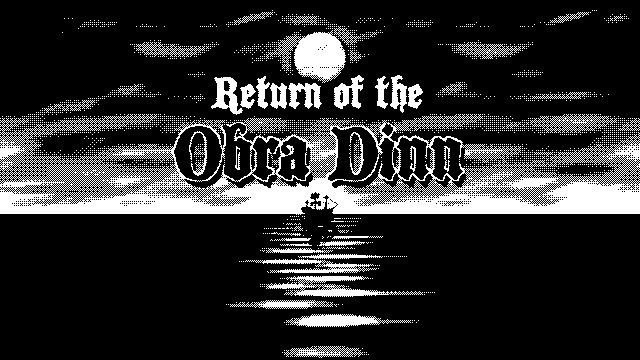 Return of the Obra Dinn Essentials