In an interview with Bloody Disgusting, co-founder Philippe Morin says the studio realised they "had another horror game in us" after finishing up a version of the original game for XBox One.

"After shipping the XB1 version of Outlast, we took some time to analyse our situation and we quickly realised we had at least another horror game in us," Morin explained. "So, yes, we are working on Outlast 2."

Despite the success of Outlast, Red Barrels remains a pretty small indie studio, and the team will "need a little bit of time" to get the sequel ready according to Morin. They also want to focus on a new story, rather than return to the deeply unpleasant Mount Massive Asylum.

"We have new ideas and themes we'd like to explore and we think we're cooking up something special," the developer teases. 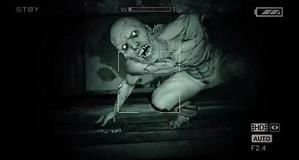