Shoot and loot in Call of Duty: Advanced Warfare with new Supply Drops

28 August 2014 | By Nick Horth
Call of Duty: Advanced Warfare is going a little Diablo 3 with its latest multiplayer gimmick, the Supply Drop. It's a random loot generator, essentially.

Unlockable toys include a whole bunch of customised guns, from your familiar rifles and SMGs to the new 'Heavy' class with its minguns and directed-energy weapons. Sledgehammer promise "nearly 350 custom weapons out of the box, day one". Not too bad, although you'd imagine balance issues will crop up somewhere along the line.

Alongside guns you'll unlock various clothing items and Exo Suits for your avatar. Perhaps realising that player customisation doesn't matter all that much in a first-person game, Sledgehammer have introduced a new in-game lobby where each player's model stands around posing heroically. So at least you'll be able to show off your fashion sense.

There are also one-shot power-ups to use in battle, which work like traditional Kill-Streak rewards - mech-suits, artillery barrages, that sort of thing. The developers say they want to give players who aren't quit good enough to unlock the higher level Kill-Streak rewards a chance to try out some deadly toys.

As a bit of a sucker for loot systems (as long as I'm not paying extra), this all sounds quite neat to me. I mean it'll be micro-transactioned to hell, but still. Advanced Warfare has me interested in the series again, and I didn't think that would happen. It's out on PC and consoles this November 4. 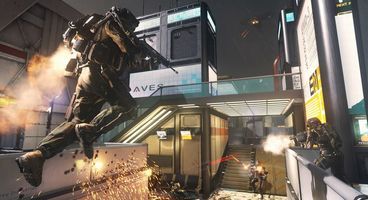 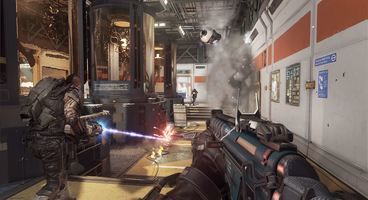