29 April 2014 | By Nick Horth
Indie developer Nowhere Studios has launched a new cinematic teaser trailer for its upcoming platform title Monochroma. Set in a dystopian alternate history of the 1950s, Monochroma tells the story of two brothers who witness a terrible crime, and must escape the grasp of a nefarious organisation.

“Monochroma is a game that questions the essence of playing a video game," says producer Burak Tezateşer. "A game might entertain players, make them feel good about themselves, or even help them socialize; but a good game should also be able to satisfy players emotionally and intellectually, make players think about their lives, society and the system they are living in the same way a good movie or novel does.”

The team describe their game as "narratively led, with no cut-scenes, text or spoken words." It will study themes of government control, disinformation of media, destruction of nature, child labor exploitation and the liberal economy, and is partly inspired by Instanbul's “Gezi Protests” of 2013.

You can find out more about the game on its official website here. There's no official release date as yet, but the team expect to launch the game soon. 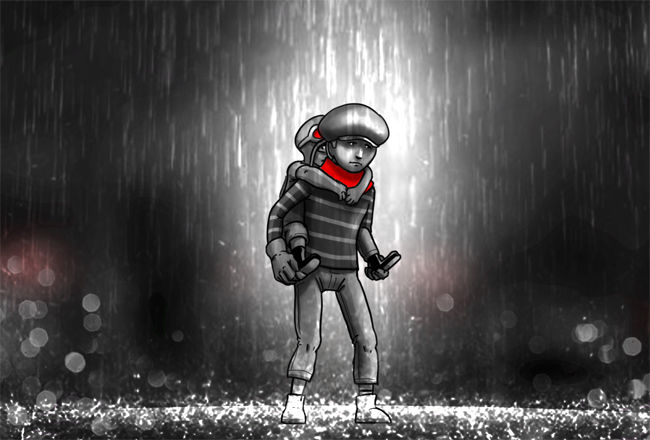