29 September 2014 | By Admin
Developer Wargaming has its eye squarely on "unsportsmanlike behavior" in update 9.3 for massively multiplayer tank combat game World of Tanks.

As well as adding (surprise!) more tanks, the update adds new methods of preventing players from unfairly leaving a battle, and a new AFK prevention system.

You can read more about the new fair play systems here, but essentially they prevent players self-destructing to ruin opposition scores and prevent their opponents from earning achievements, and an AFK prevention system that stops miscreants from "inactively participating in battles and obtaining an unfair reward". It's set up so that you won't get punished immediately if you have to run off for whatever reason, but repeat offenders will be subject to an in-game fine - you'll be unable to earn new equipment or gear.

Oh, and those new tanks are as follows:

In addition you'll find that some vehicles have received new higher-definition vehicle models, there's been a bit of combat re-balancing, and the relatively new Strongholds mode has been subject to a few tweaks - you can hire non clan-affiliated 'legionnaires' to fight for you, and you can build the War Department, "a building which will give random quests to the clan members".

Patch 9.3 is available now. As usual, you can grab the game client from the World of Tanks site. 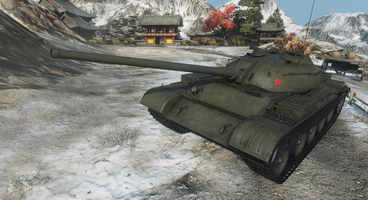 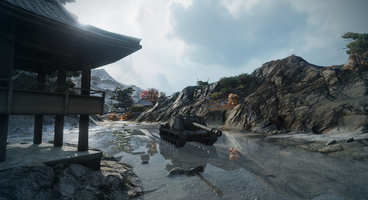