30 April 2014 | By Nick Horth
Indie Studio LightBulb Crew has announced sci-fi MOBA Games of Glory, a multiplayer arena fighter in which players take control of genetically-engineered, customisable clones in a battle to the death.

Another day, another MOBA. Here, though, it sounds like you'll have slightly more options with your chosen hero than in similiar titles, including the ability to manage his virtual career. Here's what LightBulb had to say in a recent press release.

"Games of Glory brings a true community dimension to e-sport, offering players the ability to incarnate several key roles of the sport universe: arena star, tournament planner, club head, trainer, recruiter… Offering some never seen before aspects in MOBA games, such as the champion’s career management, Games of Glory is a major breakthrough in a genre where the player was traditionally limited to his fighter role."

"Clones benefit from a large panel of specific skills and will be able to access a rich arsenal during the game. From close combat weapons to long range guns,all combinations will be considered to build a path to victory. With many personalization options, the player will be able to customize their heroes and make them unique."

LightBulb Crew contains a team of developers who've previously worked at studios like Ubisoft, Dice and Codemasters. Games of Glory is their first title. 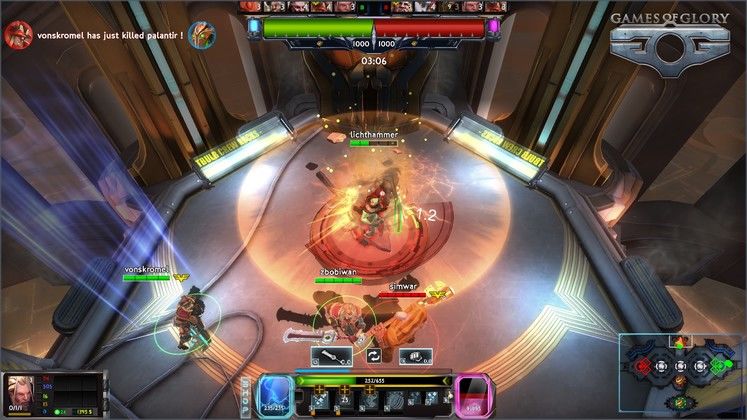