30 November 2014 | By SimonPriest
The space colony-building Maia from indie developer Simon Roth has reached Alpha 0.46, which adds nanoprinting to our technological arsenal so we can start a robot production line.

That's not all because we'll also be able to study plants in the new botany labs, and of course there's more of the war being waged against bugs. A new video from Roth showcases 0.46.

In this sci-fi colony management sim/god game we have to excavate an underground habitat for our space colonists to escape the ravages of the hostile surface of planet Maia, in the Tau Ceti system, in case you wanted to Google Map it. Seismic events, solar flares, meteor bombardments, hostile native life... it's hard running an underground colony.

Roth teases what's next in Alpha 0.47, which includes some things that didn't quite make the deadline this time around. Colonists will start to express their emotions, put together "useful base reports" and there'll be a new "terrifying creature" to sabotage our hard works.

Check out the Steam community update for Alpha 0.46's changelog. 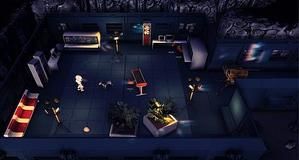