01 April 2015 | By Nick Horth
No, this one's definitely (probably) not a tedious, teeth-grindingly awful April Fools joke - Resident Evil: Revelations 2 has finally received a patch that allows you to play Raid mode online.

The score attack mode was restricted to offline only at launch, but Capcom promised last month that they would be updating the game to allow online play.

In addition, the developers have made several changes to all the 'Code Red' stages in Raid Mode, spiking up the overall difficulty. They're also promising more special event stages and such, in conjunction with ResidentEvil.net.

So there you go, run free and blow the heads off zombies on the world wide web. Godspeed. 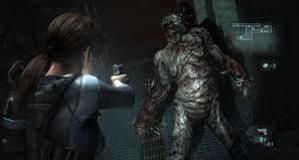