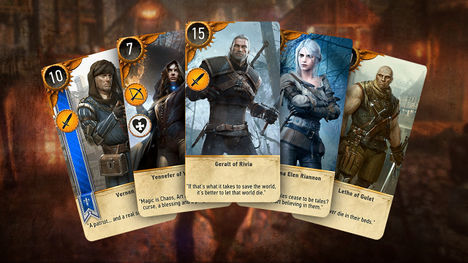 During a PAX panel for The Witcher 3: Wild Hunt, CD Projekt RED’s translator Travis Currit let slip a couple of interesting tidbits for fans of the open world RPG.

First off, he revelead that first expansion Heart of Stone is “almost ready, and shaping up really nicely,” which bodes well for its projected October release date.

He also mentioned that fans of virtual card game Gwent have some “good news” to look forward to. This was in response to a question about whether we would ever see a standalone version of the in-game pastime - Currit said he would pass that request along to the development team.

Hmm. It's surely only a matter of time before we see a standalone tablet version, but in the meantime could we be seeing a slice of Gwent DLC?