02 February 2015 | By Nick Horth
Eventually Capcom might get around to remastering the peerless survival horror of Resident Evil 2, but until that happens we've got the fine work of modder Rod Lima to admire.

The result is a mix of the original's claustrophobic camera angles and static backgrounds and modern models and animations. To anyone who's a fan of Resi 2, it's a tantalising glimpse at what might be. Lima says he's nearly completed the project, but whether fans will ever get their hands on it is unclear.

We've seen various other projects like this shut down by cease and desist orders, and buried in the comments is the following quote from Lima in response to a fairly rude question from Youtube's ever-wonderful commenters; "Don't worry man, I wont release it. It's only for me to learn programing the gameplay."

Still, a man can dream. In the meantime, check out the video above for a step back in time. 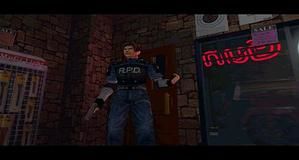