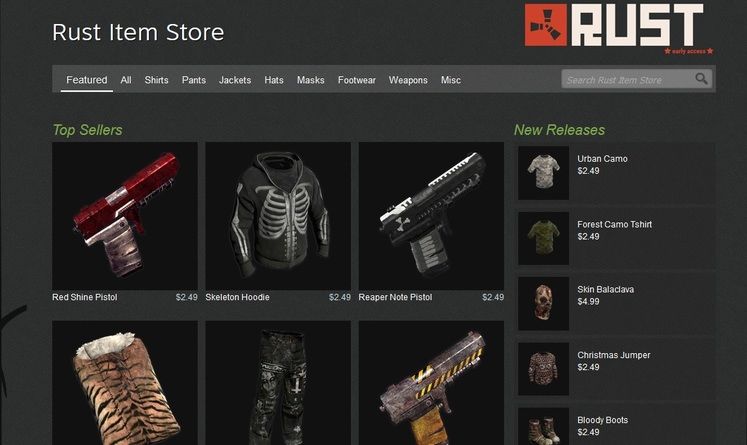 Steam has always had the Community Market where players could buy and sell a multitude of content for different games. Now Steam has introduced Item Store. It's a lot like Community Market, except that it is for use by developers who can set their own fixed prices for items on the page.

Rust is one of the first games to get in on the new Steam feature, having added quite a few purchasable items to their page. Some of these items can be found in the Community Market as well, though the Rust Item Store page is heavily undercutting the prices players are selling those same items for.

This could be both a good thing and a bad thing. On one hand, it's an interesting way for developers to offer various content and for players to sift through and pick among the numerous items that might interest them. On the other hand, the developers directly competing with players might frustrate more than a few people just looking to get a little reward and get content off their hands.

As it's fairly early, it will be interesting to see how this feature develops and how the community reacts to it.