Five Nights at Freddy's 3 is in development at Scott Games

05 January 2015 | By Nick Horth
Five Nights at Freddy's creator Scott Cawthon, the man behind the imaginatively titled indie studio Scott Games, seemingly never stops working. A sequel to the puppet-heavy horror game popped up in November of last year, and now a third entry appears to be on the way.

A teaser image on the Scott Games website recently teased Five Nights at Freddy's 3, and now Cawthon has set up an automated email response on his press account confirming that it's in development. 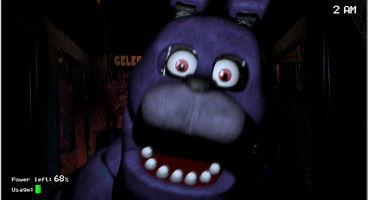 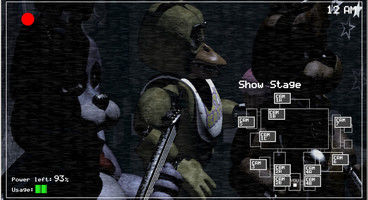 "Five Nights at Freddy's 3 is in production!", reads the amusingly terse response. "Please do not email me asking any questions about it; NO questions about FNaF3 will be read or answered!"

Well that's us told. The Freddy's games are interesting and clever little things, but you wonder how much more terror Cawthon can eke out of a very similar setup. Whisper it, but it might be a good idea to go somewhere else for the third game other than Freddy Fazbear's pizza restaurant. Which would admittedly invalidate the title somewhat, but I've sort of had my fill of staring at those corridors waiting for Kermit the Frog's serial-killing relatives to jump out at me.

We'll keep our eye out for any further information on Five Nights at Freddy's 3.