Everquest and Everquest 2 to both get new expansions 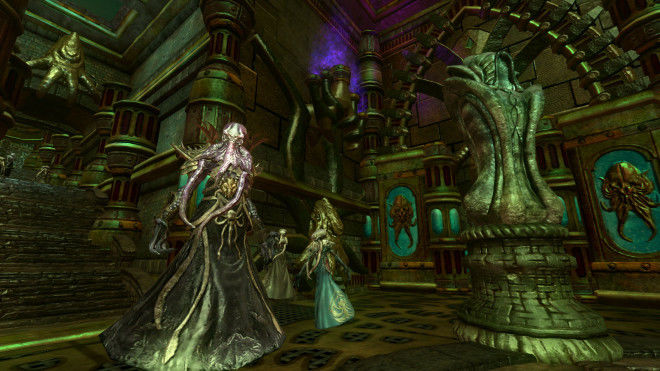 When they say EverQuest, they really do mean EverQuest, don't they? Developer Daybreak Games has announced two new expansion packs, one each for the venerable MMORPG (first released way, way back in 1999) and its 2004 sequel Everquest 2.

EverQuest: The Broken Mirror is the 22nd expansion to the original game, and sets players against the fallen goddess Anashti Sul. It brings new and revamped zones, and instanced versions of the Plane of Hate and Plane of Fear that scale for level 75-105 raids. It also introduces new quests, spells and alternative advancements. It's set for release on November 18.

EverQuest 2: Terrors of Thalumbra is a similarly hefty content drop, introducing a new, underground zone with new quests for Adventure and Tradeskill players, "level-agnostic" dungeons that scale for players 20-95, a new contested zone, and various other new quests and raids. There's also an Item Infusion system for upgrading your gear, a revised Deity system and new relics to track down. It will drop this November 17.

You can check out the various pre-order options for both titles through the links above. Each base expansion will cost $34.99, with special editions running up to $139.99.