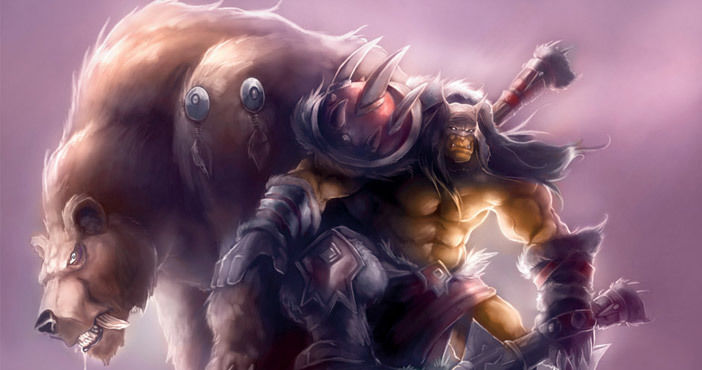 Rexxar, Champion of the Horde, is the latest Warcraft hero to make his way into Blizzard's cross-IP MOBA Heroes of the Storm, and his pet bear Misha is along for the ride.

The half-orc half-ogre offers a pet-based tank playstyle, staying back and hurling axes at his opponents while Misha does all the melee killing. Alternatively you can toggle her to 'Follow' mode, in which case the bear will stick close and avoid combat.

Rexxar also packs some very cool animal-summoning powers, including 'Unleash the Boars', which is possibly my favourite name for a MOBA power ever. It sends out three angry hogs to attack opponents, marking them on the map and slowing them down. He can also send out a pet hawk to scout ahead, and buff up Misha with extra damage and armour.

You can find out more about the big guy here.