I feel sure that beardy, highly intelligent types are dissecting Epanalepsis the same way beardy, 40-somethings analyze and discuss a traditional Ale. Both are beyond my reckoning even as someone who enjoys, nay demands, more story-based video games in general.

Epanalepsis manages to cloak its narrative extremely well and you’ll need to play it several times to begin to make sense of what’s going on. That’s not something I’d have a problem with ordinarily but by gosh, Epanalepsis makes that a bitter brew to chug down. 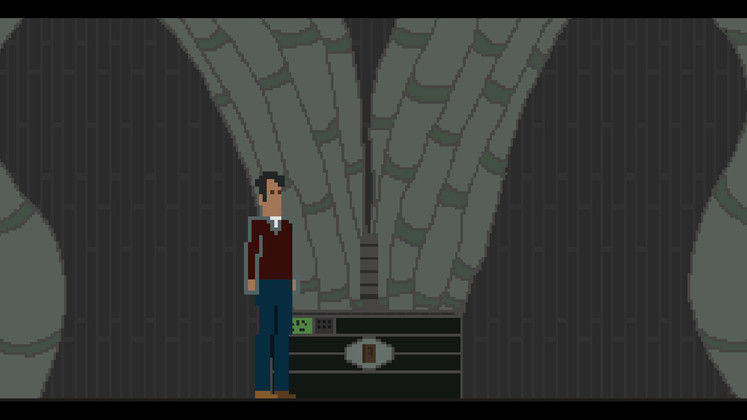 The story is based around three characters who live 20 years apart from each other. Rachel is unemployed, living with her on-off girlfriend and although clever, she seems to shuffle along finding every aspect of life a chore or a bore - even though her parents pay for everything.

Anthony in 2013 is an MMO player (yeah! One of those guys!) who seems to have a ton of money and material possessions that he doesn’t use or understand. Finally there’s the robot in 2033 which seems to be in some lab alongside indie developers frozen in stasis.

These characters are not likable, which may be the point, and the game itself plays so very awkwardly. It’s hardly a point and click adventure game when you have barely a few items to get a pithy remark from and then spend the rest of the time just shuffling through the background. That might be the point too. Also, it looks and sounds dreadful to me. The screeching electronic chords that greet you on the title screen are like barbed wire on the ears. I mean, that's a personal taste issue, so just like I can't stand dark ale many others will find the soundtrack pleasing. It just collided with the big pixel art that's so in yo’ face to create a physically uncomfortable experience.

Again. That may actually be the point. I feel that somewhere within Epanalepsis lies all these jarring aspects with some profound thoughts and themes. A mysterious figure meets all three characters at various points and the narrative winds its way into fate, inevitability, choice and the consequence that come after it. Or that could be the Absinthe I was drinking when I was playing. I really don’t know. And that’s Epanalepsis for you - I just really don’t know.

Epanalepsis is currently available on Steam priced at £4.99. 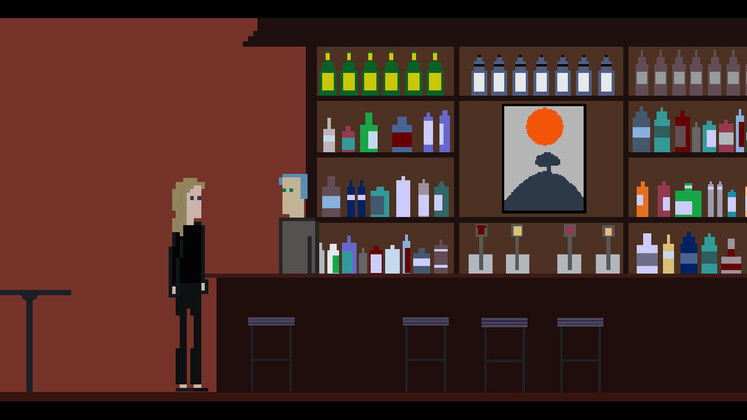 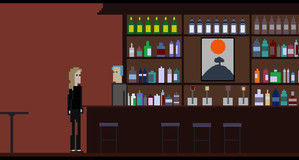