15 January 2015 | By SimonPriest
Hinterland Studio have broken through the 250k milestone for exploration survival game The Long Dark, as they've sold that many since hitting Steam Early Access last September. They've released an infographic.

20 updates have been released so far with the new due later this month and set to "nearly double" the game world in size, adding plenty of new places to explore and threats to deal with.

The Long Dark is powered by the Unity engine and so far is only playable in Sandbox mode, as the impending Story mode will be released episodically overtime. It's a punishing survival game where death is permanent, and we're forced to make some tough decisions to make sure we stay warm, fed and sheltered. We're stuck in the bitter wilderness of Canada after a global disaster.

Check out The Long Dark Early Access page for more.

An infographic reveals some interesting little stats The Long Dark has accumulated so far... 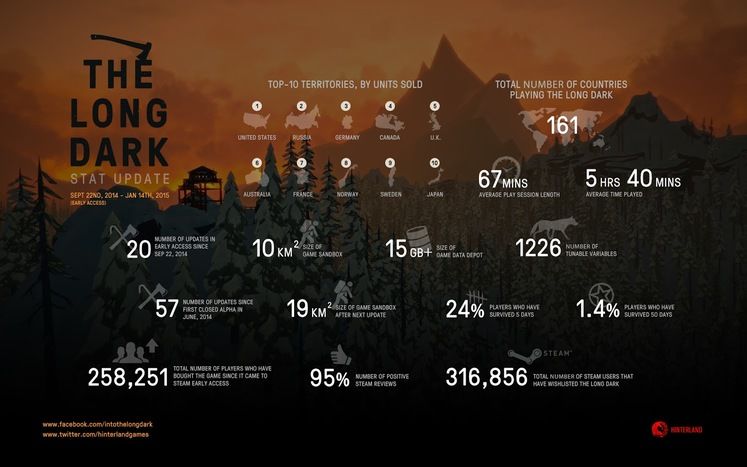 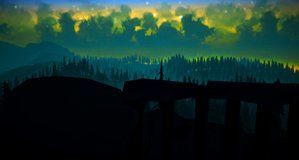