Lego: The Hobbit won't be getting Battle of the Five Armies DLC after all‏

16 March 2015 | By Nick Horth
Despite publisher Warner Bros. and developer Traveller's Tales initially suggesting there would be a DLC pack for Lego: The Hobbit adding content from the final film in Peter Jackson's trilogy, it appears that the game won't be getting an expansion after all.

The game features levels and characters from An Unexpected Journey and Desolation of Smaug, but ends abruptly on a cliffhanger that reads "to be continued". It's no longer set to be continued.

Though Warner Bros have confirmed the unfortunate news, they have yet to explain why the planned content was cancelled. In an oddly worded statement sent out over the weekend and first published by Gamespot, a Warner Bros spokesperson wrote;

"The Lego The Hobbit video game gives Lego and Middle-earth fans a fun, new way to experience the legendary adventures of Bilbo and company as told in the first two films of Peter Jackson's The Hobbit trilogy. The game provides an excellent set-up for the concluding chapter of Peter Jackson's film, The Hobbit: The Battle of the Five Armies." (Sounds good so far!) "There are no plans to develop DLC based on the final film of the trilogy." (Oh...)

Game Informer uncovered a press release from back in April 2014 that claimed; "Additional content based on the third film, The Hobbit: There and Back Again, is planned to be available at a future release date." For whatever reason, and WB haven't responded to questions regarding this original statement, that's no longer the case.

Will the third film eventually become the subject of its own Lego game? Seems unlikely at this stage. Whatever the case, Lego: The Hobbit owners are now left with a game that just sort of ends halfway through. Fans on the game's various social media pages are understandably disgruntled. 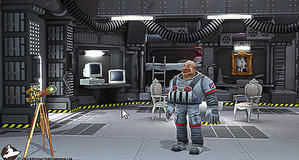