Call of Duty: Advanced Warfare is getting a blunderbuss and two other free weapons

16 July 2015 | By Nick Horth
Sledgehammer Games is releasing three new weapons for Call of Duty: Advanced Warfare, both of which have absolutely no place in a game about advanced warfare. Not that I would ever complain about a game adding a Blunderbuss.

Yes, the archaic shotgun favoured by pirates and people who aren't very good shots is coming to the game's multiplayer, along with the Stg44, a German WW2 assault rifle that long-time fans of the franchise will be very familiar with, and an SVO sniper rifle. 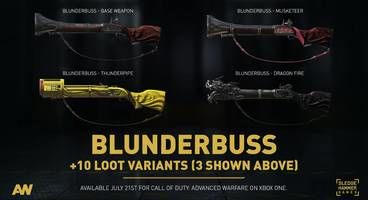 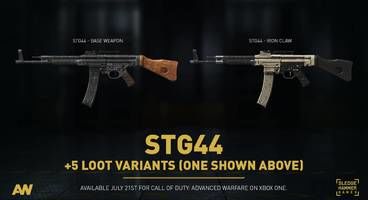 The Blunderbuss has ten different variants, while the Stg44 and SVO have five each. You'll need to find one of these variants via periodical Supply Drops in order to unlock the core gun for custom class creation.

The new hardware will be available on the Xbox One initially, starting next Tuesday 21, and will make their way to the PS4 and PC shortly.