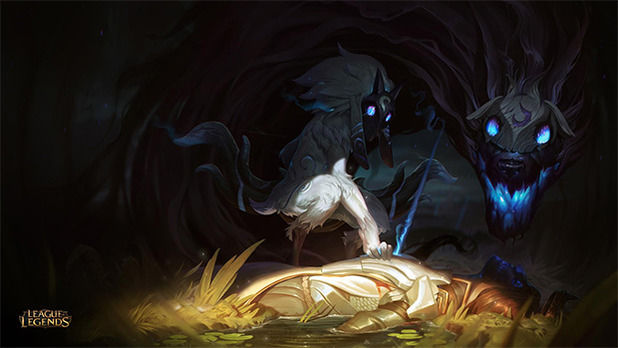 After teasing it earlier in the week, Riot Games has lifted the lid on the next champion to be added to its ever-popular MOBA League of Legends.

Comprised of two opposing spirits, the diminutive Kindred is a ranged hero who can tag enemies for death, and grows stronger as its marked targets are taken out.

“Kindred prowls through camps, marking enemy champions for death and permanently growing in strength if they’re able to carry out the promised sentence,” explains Riot. “But just as Kindred brings death, so can they delay it. Should their allies meet deadly force, Lamb - one of Kindred’s two spirits - can create a large blessed zone that, for a few valuable seconds, denies the ever-creeping and inevitable clutches of death.”

Basically you're looking at a hit-and-run style character, with a number of moves that focus on stacking damage and then retreating as quickly as possible. There's a more in-depth analysis over on the League of Legends site.