Strategy and historical nerd Nobunaga’s Ambition: Sphere of Influence will be coming to the western world, announces KOEI Tecmo. For PC it will arrive through Steam this September 4th.

Sphere of Influence is the latest chapter in the long running series, which has reached its 30th anniversary. Strategists must take the role of a Daimyo in the Sengoku era of 15th-16th century Japan.

“It is my distinct pleasure to be able to present the newest instalment of “NOBUNAGA’S AMBITION” to our western audience. I hope gamers will enjoy this one-of-a-kind strategy game that has been refined through 30 years of experience. Don’t miss it!” said Ogasawara-san.

This feudal lord must fight to unite the fractured nation and rise to become the first Shogun. The game splits into Creation, Diplomacy and War, which will be familiar to many who enjoy these historical strategies:

In ‘Creation’ they are called to build up their clan’s standing, deal with everyday issues like building farms & roads, growing the economy, entering trade agreements with neighbouring fiefs etc.

‘Diplomacy’ is a playground for cultivating diplomatic relationships, employing spies, creating alliances, gaining the loyalty of subordinate officers and growing in strength via marriage, oaths of fealty and treaties.

Finally to succeed in ‘War’ players must train troops, level up officers according to the clan’s needs, fortify defences, strategically position armies and attack (or defend) to further their goals and grow their dominion.

We can play as an historical figure or as a unique character of our own choosing. Nobunaga’s Ambition: Sphere of influence releases on PC and console September 4th. 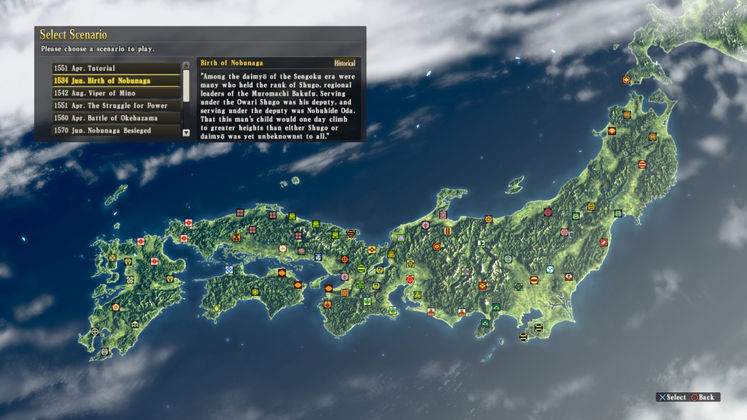