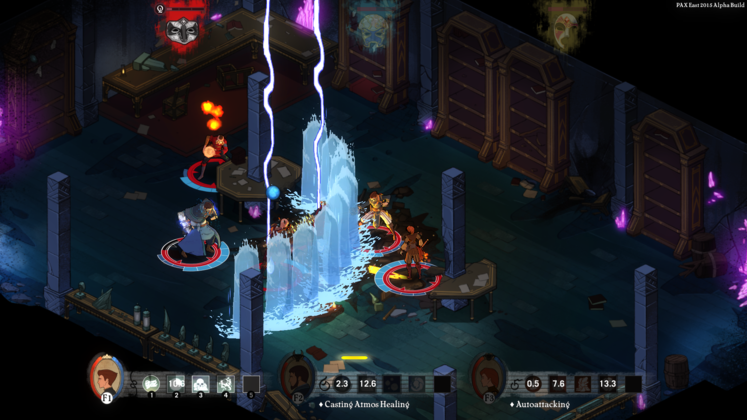 It's always a nice surprise when a game that looks right up your alley pops up on your radar out of nowhere. Like Masquerada: Songs and Shadows, a beautifully animated real-time with pause RPG.

Developer Witching Hour has released a gameplay trailer ahead of a trip to PAX Prime at the end of the month, and it's looking really special. Like an Infinity Engine crossed with the art style of The Banner Saga.

"In the Venetian-inspired fantasy city of Ombre," reads the description, "masks unearthed from the ancient world give destructive magical powers to an elite few. As civil war rages between the elitist Masquerada and the working-class Contadani, fey creatures start to spread mysteriously throughout the city, paving the way to a darker conspiracy..."

You have my attention. Masquerada is expected to release in early 2016, but expect to see more of it when Pax Prime kicks off this August 28.