20 May 2015 | By Nick Horth
A free Game of the Year Edition is coming to PC owners of Wasteland 2 later this year, and it brings with it new voicework, a number of changes to the post-apocalyptic RPG's visuals, most notably a switch over to the Unity 5 engine, and some neat additions to gameplay.

One notable new feature is a number of new Quirks, talents that let players add a bit more flavour and customisation to their group of travelling badasses. Developer InXile has gone into more detail over on the game's Kickstarter page. 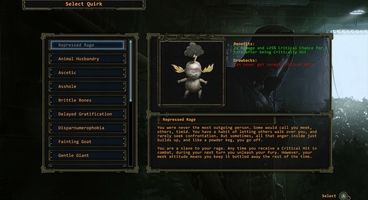 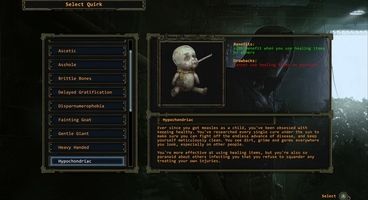 “When we approached quirk design for Wasteland 2, we wanted to achieve a few different goals,” the developer writes. “It was important for us to avoid quirks that you "have to pick" in order to play your character the right way, or create quirks that are so good you'll always want to pick them on all your characters.”

“By giving each quirk both an upside and a downside, we can make sure that they are interesting to play without becoming overpowered. This also means that quirks are optional – you can choose to go quirk-free if you want to, and you won't feel disadvantaged in doing so.”

Two examples are Repressed Rage and Two-Pump Chump. The former stops the chosen character from ever being able to score critical hits. Which is bad. To balance that out, however, whenever they are struck with a critical they benefit from a buff which lets them do double damage, with a high chance of a critical hit of their own. Two-Pump Chump gives the character a bonus to their action points at the start of a fight, letting them dish out a lot of pain early on. As the fight foes on, however, they'll become slower and less effective.

There are 20 different perks, which should add a lot more character variety to a game that could really use it – I liked Wasteland 2, but the fact it was entirely skill-based made combat encounter a little dull.