21 April 2015 | By SimonPriest
Sierra has just put out their first developer diary, which is a four-part series, for the new and upcoming King's Quest adventure. This diary is entitled 'The Vision' and looks at its rich history, and new future.

The first chapter of the new King's Quest is due out later this year on PC and consoles. King’s Quest creator Roberta Williams and Sierra co-founder Ken Williams have both 'passed the torch' to this new team.

"Thinking about the future of a franchise with such a storied past, the team chose to begin this new journey at its end, as an aged King Graham takes his granddaughter, Gwendolyn, back through the untold tales of his astounding life." Today, Sierra is a subsidiary of Activision Blizzard. 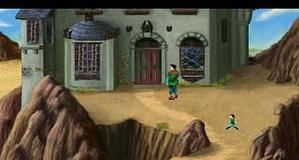