21 April 2015 | By Chris J Capel
"Watcher Think?" is GameWatcher's new series of unscored mini-reviews for the tl;dr crowd. In this instalment, Chris Capel runs a dating agency and finds love by remembering things and pulling a lot of levers. Just like real life!

Kitty Powers' Matchmaker makes me question what I've done wrong in life to end up here, writing a review (no matter if brief) of a "humorous" dating sim. Still, if the life of a games journalographer was easy everyone would be doing it. Oh, they are. F***.

Anyway, Kitty Powers is not a game you should be playing. It is an iOS game ported to PC, which seems to be my raisin detriment these days, except unlike say Republique Remastered, where the game was fine-tuned to feel like a PC game, this particular port feels like an iPad game. There are coins to buy things that you need to continue playing competently but the game hands out stingily, all the buttons are huge, graphics are basic and the gameplay is deliriously repetitive. It's a misnomer that all iOS games fit into that description, but Kitty Powers slots perfectly into that hole. 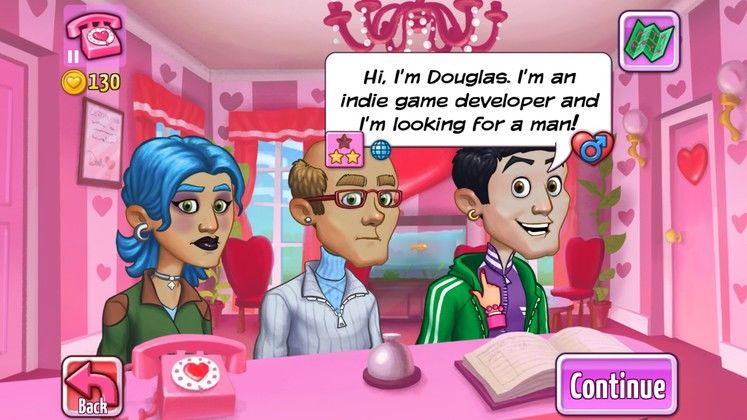 A lot of indie developers and software programmers looking for love...

You run a dating service, with the exceedingly Lily Savage-like Kitty Powers telling you things while perched on your shoulder like a transgender parrot. The goal is to set your clients up with dating partners and make sure their first dates go well. To do this you basically play a load of memory games or rely on straight luck, while the game does its best to sabotage you. I set one geeky girl up with a software engineer who turned into a cook halfway through the date, and struck out because of this (three strikes and the date's over). Even when things go well nothing gets really interesting, and the online component idea just creeps me out.

If you want to play a poor iOS port of an inoffensive slightly humorous dating sim, and you don't, Kitty Powers' Matchmaker is on Steam to buy for some indeterminate price that's probably far too much. It's £2.29 on iOS, which will probably be the better version. It's not the worst game ever made, and frankly at least you know exactly what you're getting if you buy it, but c'mon - you're not going to play it, are you? 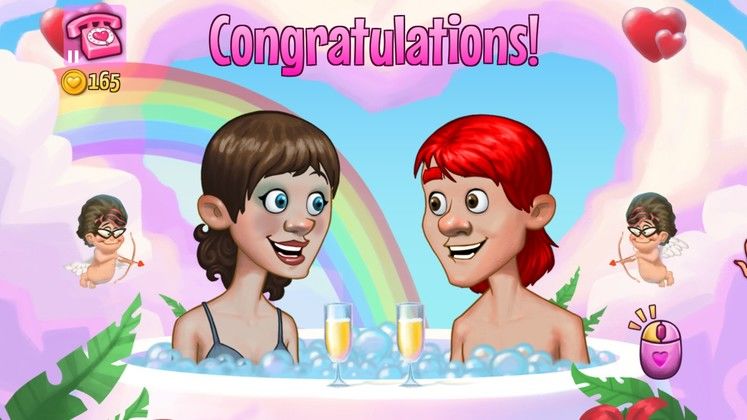 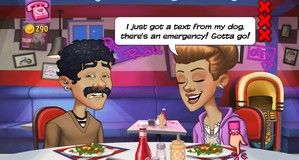