Obsidian explains how Soulbound weapons work in Pillars of Eternity: The White March - Part I 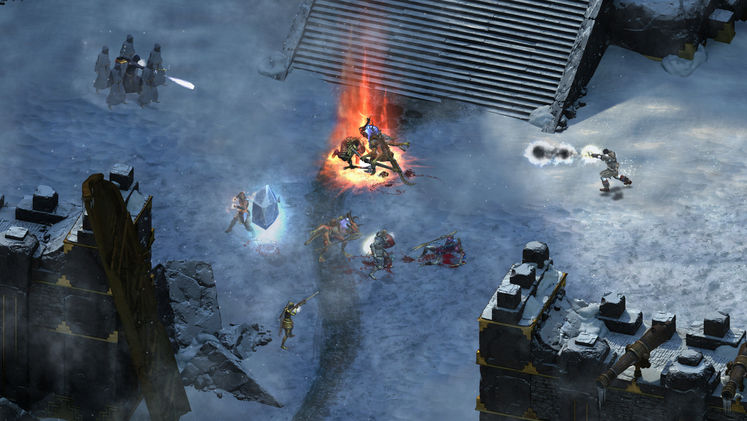 Expansion pack Pillars of Eternity: The White March - Part I is out later today, and as you would expect from a fantasy isometric CRPG, there's a shedload of new loot to be grabbed.

What you really want to get your hands on is one of the new Soulbound weapons - these are extra-powerful artifacts that can be synced to different classes, unlocking new powers depending on which class is currently wielding them.

Obsidian's Adam Brennecke introduces us to the greatsword known as St. Ydwen's Redeemer in the video below, which can be tied to the barbarian, paladin and fighter, and casts a different spell on-hit for each of those classes. To unlock a Soulbound weapon's full set of powers you'll need to fulfill a set of objectives, like chopping up a certain amount of spirit enemies for example, and as you level it up you'll get more of that tasty Obsidian lore.

Pillars of Eternity: The White March - Part I is out sometime today. As of this post it's not been added to Steam yet