26 January 2015 | By SimonPriest
As of today, a new 'Winter Showdown' mode is available in World of Tanks. Three concept tanks are ready in 8-bit glory to do battle in specially made maps. This mode will be playable until February 9th.

It's 10 vs. 10 or 5 person platoons duking it out in 8-bit glory, where the aim is to destroy all opposition or capture a single base. A special 'Operation: Winter' medal is up for grabs for 8-bit veterans.

"How to play the new mode? It's simple: select one of the three concept tanks (8-bit versions of the vehicles T110E5, AMX 50 Foch (155) and LTTB) and press Battle! Then you will be taken to a special map, resembling the style of old 8-bit games." 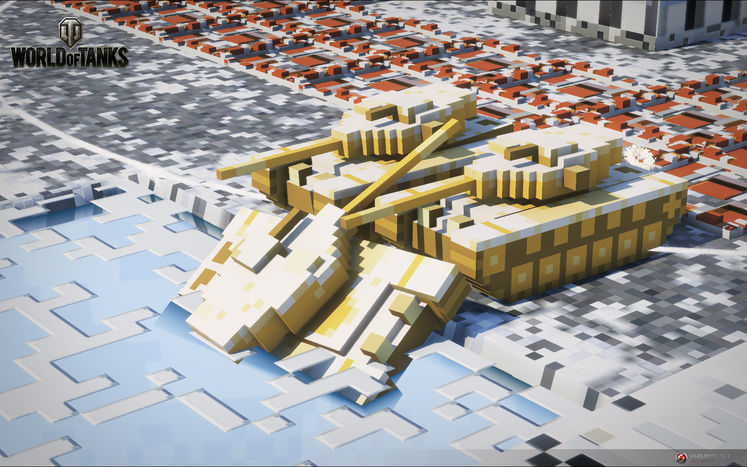 Each of the three war machines represents a different type, so there's the heavy tank Mammoth , the tank destroyer Polar Bear, and the light tank Arctic Fox.

"...gameplay will not differ that much from what you are already used to, with light tanks dashing around, heavies breaking or holding the line, and tank destroyers bashing the enemy from a distance. The only difference is that these tanks have an unusually large number of hit points."