The Witcher was originally meant to be an isometric action RPG

26 May 2015 | By Nick Horth
The first Witcher game, which debuted back in 2007, was initially conceived as a top-down action RPG in the traditional Diablo style, the game's project lead Ryszard Chojnowski has revealed.

In the first part of an ongoing Youtube video series that explores the origins of the game, Chojnowski shows off some footage from an early isometric prototype that was created in 2002.

Rather than playing as silver fox Geralt, players were originally supposed to create their own Witchers, choosing from between several player models. From there they would explore a collection of muddy footpaths and bloodstained dungeons, none of which have a fraction of the character found in the 2007 game. It didn't help that the game was developed on a shonky FPS engine, most famously used for crappy WWII shooter Mortyr, which you can witness in all its horrible glory here.

"We realised that the engine shortcomings and the lack of direction and supervision was really holding the project back," Chojnowski explains, "so in May 2003 the board of directors made the decision to abandon the project."

Thankfully, the team left behind after the failed project would eventually recover, and ultimately come up with The Witcher 3, a title so ambitious and mind-bogglingly huge that it's hard to believe it's even tangentially related to this lost relic. How different things could have been. Chojnowski will explain more about the history of the franchise in subsequent videos. 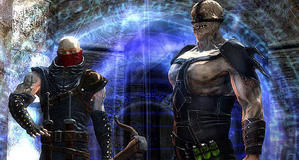