Cast of the Seven Godsends

There's a fine line between parody and just being awful, and I honestly can't tell if Cast of the Seven Godsends is trying to make fun of early-90s over-hard platformers like pre-Metroid Castlevania games and Ghouls 'N' Ghosts or whether it's just recreating them badly. It's in the same gameplay style - run from left to right, do a bit of platforming, and kill millions of enemies that swarm at you from all sides using the pathetic weapons you have while trying and failing to die.

It may have checkpoints and big Summon-like magic powers but otherwise this is the entire game. Well, and the story, which is the main part I couldn't work out about the game being a parody or not. It's terrible and with a host of Engrish spelling errors, so does that make it a bad translation or intentionally bad like an old Japanese game? Well, there are too many text-boxes after boss fights and it really, really didn't need any story at all, so I'll put a mark in the "poor" column anyway. 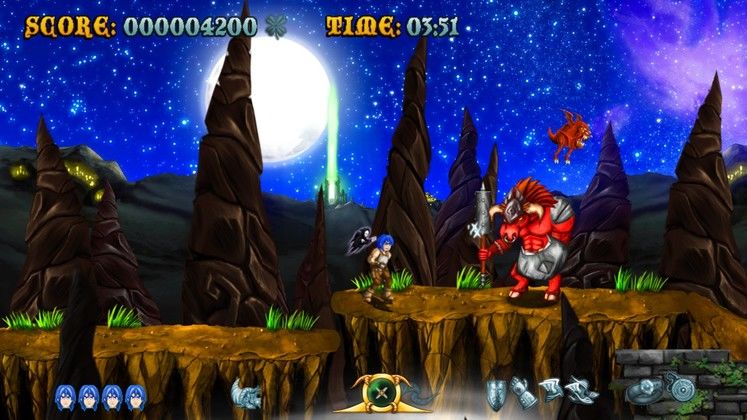 The gameplay itself is simplistic fare - killing everything that moves, collecting power-ups so you can kill everything that moves more explosively, face boss, move to next level... that's all fine. I have to say though that it's not particularly gripping, with none of the real addictive power that games like Super Ghouls 'N' Ghosts had in spades. The graphics make it look like a Flash game, the music is repetitive and boring, the sounds feel like stock effects, enemy design isn't that interesting, and even the special magic powers (which the game doesn't tell you how to use) aren't that interesting.

It's all just dull, and worse - there's an in-game checkpoint system but no save system. You exit the game, you start from the beginning. Again, fine line between "parody" and "s**t", and this is the point where Raven Travel Games should have stopped directly copying those old games and actually implemented features that players back then would've killed for. Cast of the Seven Godsends is moderately entertaining for about ten minutes, but Raven Travel seems to have recreated all the bad aspects of 90s run 'n' gun platformers (no saving, frustration, pretty dull level design) and none of the good (addictive gameplay, catchy music, attractive graphics).

Cast of the Seven Godsends will be available on Steam in July, but I can't recommend that you do so I'm afraid. 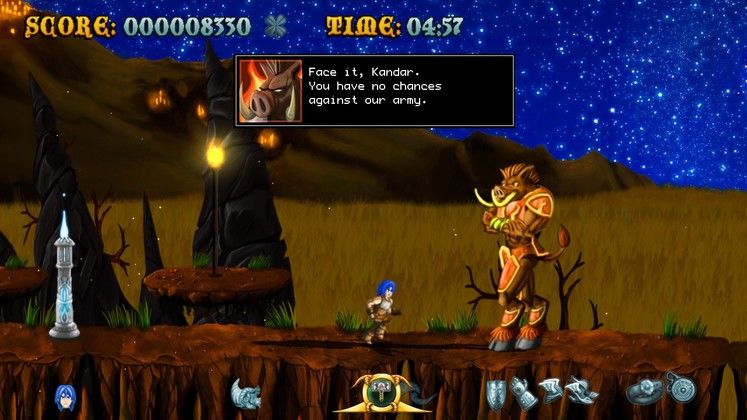 Cast of the Seven Godsends Essentials 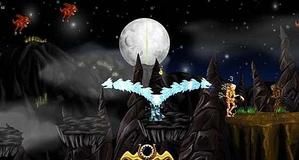