30 May 2015 | By Chris J Capel
"Watcher Think?" is GameWatcher's series of unscored mini-reviews that offer a taste test with no indigestion. This time Chris Capel plays the world's most assholeish cat in Catlateral Damage.

Catlateral Damage, aside from having one of the best titles ever, is basically a Cat Simulator. You lick yourself, catch mice, jump on furniture, and basically screw up your owner's life and surroundings as much as possible (yes, I am a cat owner). You play one of various different varieties of cat (that get unlocked as you go along) through either an Objective Mode or a general Sandbox Mode ("Litterbox" of course), where the goal is basically to knock as many objects on to the floor as quickly as possible. It's This Video: The Game.

It's all done in a very simple, cute style. Left Mouse Button swipes with the Left Paw, RMB swipes with the Right Paw, 'E' uses glowing items to get upgrades, Space jumps, and that's it. Go nuts. There are upgrades that power up your swipe, speed and jump, occasional "events" that put a twist on things like a mouse appearing or "Moon Gravity" that works exactly as it sounds. There are special items to find and destroy too, most notably the collectable Cat Photos which are all of real cats that belong to Kickstarter backers. 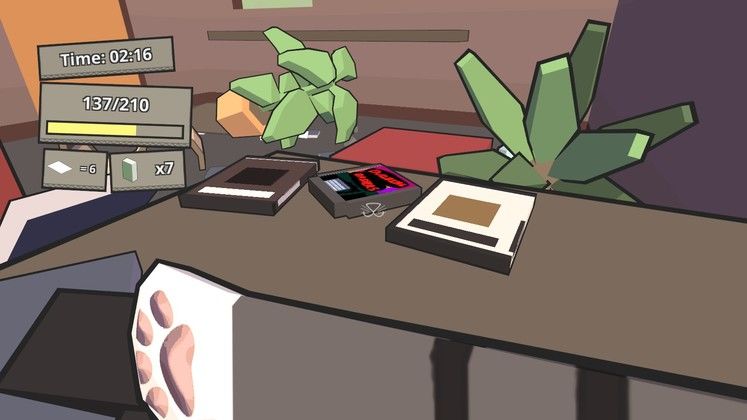 And that's basically all to tell you, other than the levels being randomly generated based on numerous different styles and the music being an earworm that won't ever leave your brain. It's pretty mindless but fun in a simple way, in fact it's quite cathartic (or should I say cathartic) to just walk around a house, apartment, shack, supermarket or even a museum ("Mewseum") causing as much damage as possible and then crawling into a box to fall asleep. The aforementioned events keep things interesting at least, and there's a slight puzzle element to the design as you often have to work out how to get to certain places or just to get around efficiently to accomplish your objectives within the time limit. It can get quite tough to do.

Instead of over-reaching Catlateral Damage knows exactly what it is and does it well - a jerk cat simulator. While it won't be a game that challenges your brain cells too hard Catlateral Damage is both cute and a great stress reliever. It's also pretty addictive, although you probably won't touch it again after getting all the unlockable cats and photos. My only real complaint is that there's currently no Oculus Rift support which is insane to me as it's the perfect game for VR. If you're looking for an amusing time-waster, or if you own a cat, then there's no reason not to give Catlateral Damage a try. And there's no need to clean the litter-tray afterwards either. 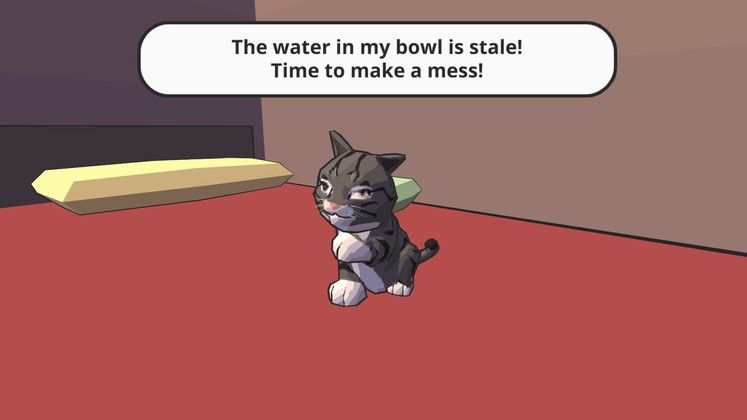 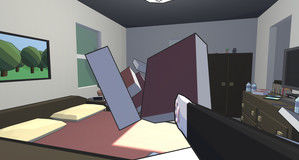