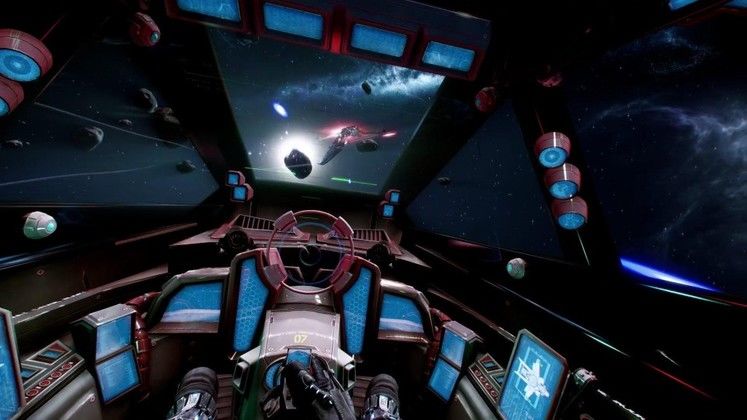 Cloud Imperium Games has released a new blog post on the upcoming 2.0 update for the alpha build of Star Citizen, discussing the revamp of the flight model and physics.

The post is the length of a novella, so in summary: players can now select a flight mode, each of which have different styles and effects. Precision mode is more exacting and slower, while Cruise mode is far less controllable but has much more velocity. SCM (Space Combat Maneuvering) is basic Wing Commander-style dogfight flight.

Then you have something called Quantum Travel, which is basically warp speed. All ship go at the same speed at .0.2 c (1/5 the speed of light) to go from one distant point to the other. Ships will go slower if they have even minute alterations to the trajectory. In addition, Quantum Travel is dangerous, and the ship will automatically stop if they're getting close to body that might damage or destroy the ship.

The rest of the blog post goes into graphs and calculations that would delight mathematicians, engineers and physics researchers, but the developer also released a 16 minute video to cover some of what to expect from this part of the alpha 2.0 update.