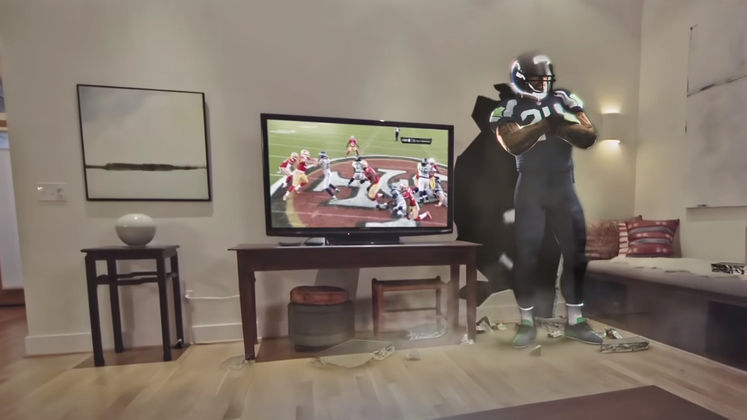 I don’t know if it’s the same worldwide, but here in the US, the Super Bowl is kind of inescapable. It’s a billion eyes on a billion televisions and that means several billion marketing dollars all in one place. Microsoft is one of those marketing partners this year, and has released a concept video showing what they’d like to do for the future of sports-viewing with Hololens.

Hololens, you may recall, is Microsoft’s take on augmented reality. That’s distinct from virtual reality in that it adds digital information to the real world around you rather than creating an entire virtual space. (The Minecraft demo for Hololens from last year’s E3 was surprisingly cool.)

Their NFL concept video highlights a bunch of ideas for how AR might be used for sports fans. There’s stat-tracking floating in the air, play-mapping on coffee tables, and TVs being expanded to cover an entire wall. (Why have the TV in the first place, then?) 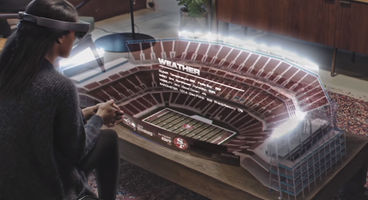 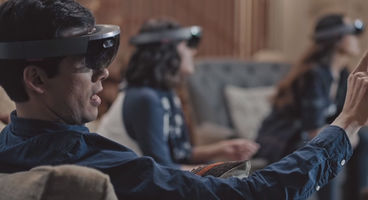 While the video highlights one of AR’s big bonuses over VR--that you can interact with other people while wearing it--it also highlights the fact that you’re going to be sitting in a room with a bunch of people wearing seriously doofy headsets. While I’m excited that Microsoft’s trying to Minority Report us all the way to our dark, cyberpunk future, 3D TVs failed in part because nobody could be convinced to wear a pair of gosh-darned glasses, much less an AR headset.

But hey, if you want to see pro sportsmen tearing down the construction of your own apartment, Hololens has got you covered.