Earthlock: Festival of Magic is a modern take on classic turn-based RPGs 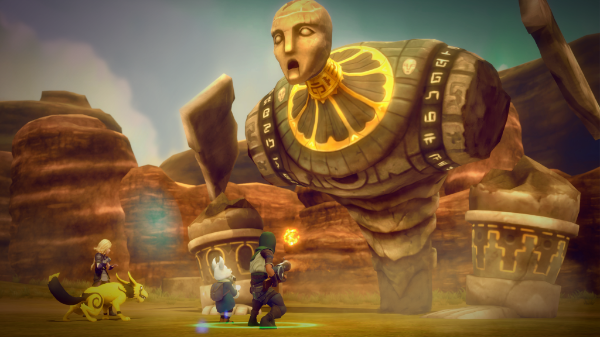 One of my favorite things about the state of PC indie gaming is the appearance of Western games strongly inspired by Japanese classics. Earthlock: Festival of Magic is a new title that takes up the standards of classic RPGs with a modern take on turn-based combat. And it’s beautiful, to boot.

Developed by Norwegian studio Snowcastle Games, Earthlock has you playing as a desert scavenger named Amon in a journey across a planet that has stopped spinning. You’ll naturally pick up a party of fellow heroes and set out to solve mysteries, fight bad guys, and maybe in the end save the world.

Earthlock isn’t the only modern take on classic RPGs out this year. Check out our I Am Setsuna review!

The game promises fast-paced but deep turn-based battles, a full crafting system, extensive character customization, heroes with unique fighting styles, and a Talent Table system which lets you combine skill tree choice and equipment to guide your character’s progress. Also, it’s gorgeous. Did I mention that? Just watch the trailer.

I hadn’t heard of Earthlock before seeing this press release, but after watching the trailer above I can’t wait to hear more. The game will be available for PC, PS4, and Xbox One later this year.