Roll back the clock in the Watchmaker 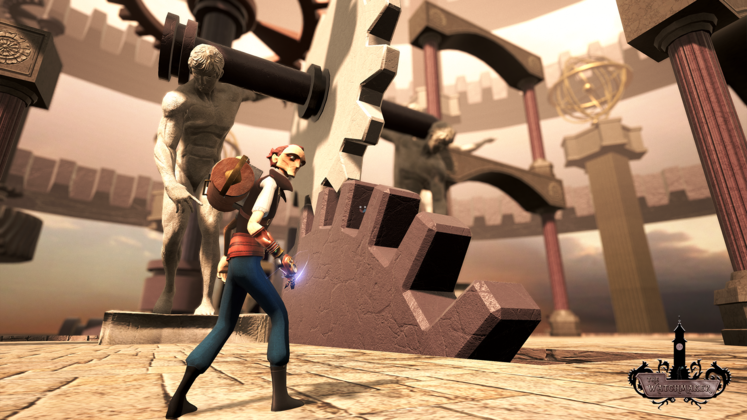 Somehow, here in 2016, we’re enjoying a resurgence of 3D platformers, brought to us by a variety of small teams and indie developers. A skeleton crew inside Ubisoft brought us Grow Home, former Rare developers are banding together to make Yooka-Laylee, and now a Chilean studio called Micropsia Games is bringing us the Watchmaker.

The Watchmaker doesn’t bill itself as a platformer, but there’s a clear genre influence when you look at the gameplay video below. You play as Alexander, master of massive clock tower, trying to repair his precious project and track down its mysterious saboteur. You’ll be manipulating time both to solve puzzles and keep Alexander alive, as he suffers accelerated aging that will have him dead within an hour.

In terms of gameplay, it looks like a 3D Braid, and that’s an elevator pitch I can very much get behind. It’s tough to tell how a game of this type will feel without having hands on its controls, but with its time manipulation puzzles and its age-based health mechanic, I’m very curious how this one will turn out.

The Watchmaker is expected to release in the first half of 2017 for PC, PS4, and Xbox One.