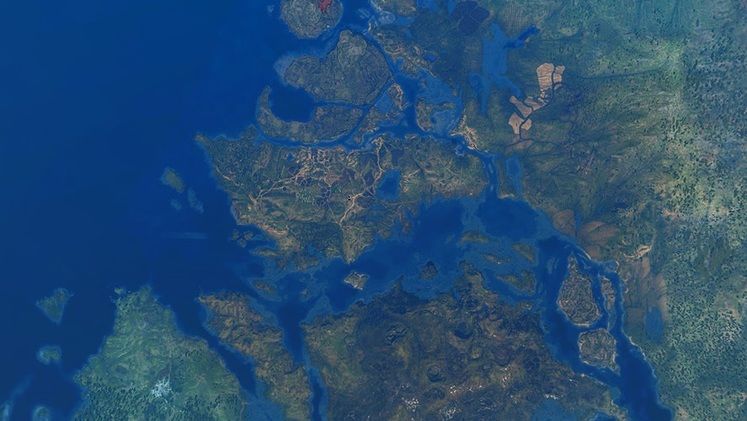 The Witcher 3: Wild Hunt is a gorgeous game by most standards. The game has a rich and lush world that carries variety and diversity of life and environments, but the grand gaze of Witcher 3's world is relegated to a map that doesn't do it justice. Fortunately, a player has found a way to bring vision of the entire in-game world of Witcher 3 to view.

NeoGAF poster 'EatChildren' may have an unfortunate handle, but they brought something magnificent to the table in a new thread containing lovely aerial images of three separate locations in Witcher 3. The images were taken using a camera unlocking tool that allowed the player to zoom out as far as they wanted in order to take these screencaps. 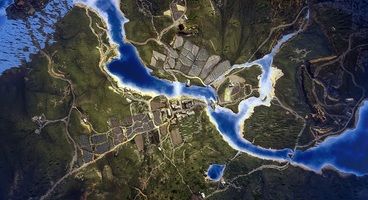 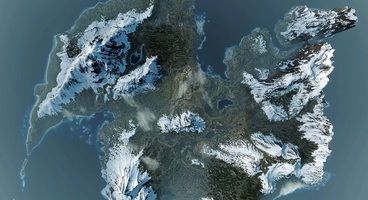 The areas shown and available right now feature Velen/Novigrad, White Orchard, and Skellige's main island, but the poster has promised to post higher res images sooner or later. The images look gorgeous and especially proficient and in-line with the game's regular beauty given that these are views that players would probably never see otherwise in the game.

That attention to detail and environment might just be one of the reasons why we here at GameWatcher nominated Witcher 3 as a runner-up in our Game of the Year for 2015.