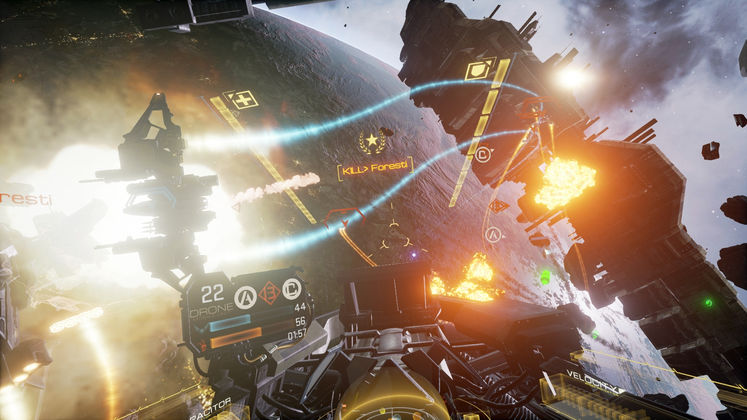 With CCP recently reworking EVE: Online into a F2P-enabled space sim, it's time for their VR venture - EVE: Valkyrie to get a little love and attention.

Releasing tomorrow, fans of CCP's virtual reality dogfighter will be able to get out from the cold of the outside work into their well-heated homes and head straight back into the sub-zero climates of the arctic nebulla. It's the best of both worlds, really. 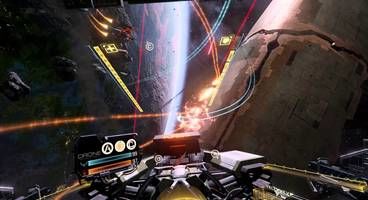 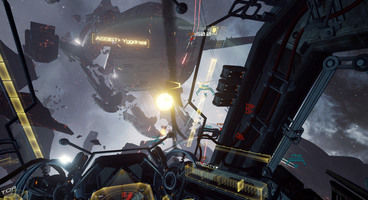 In EVE: Valkyrie Gatecrash you'll be drifting around Gateway, a new map throwing a frozen asteroid belt in the way alongside plenty of other collosul objects and scaffolding perfect for weaving in and out of during a feel-good shootout. If your advanced piloting manoeuvres aren't quite up to par, you're likely going to have a rough time in this particular section of space.

Looking to get invovled in CCP's original space sim? EVE is now free for everyone!

And what's better than seeing the face of a pilot right before that pivotal, almost Hollywood-esque moment of impact? Nothing. Nothing is better than staring your enemy straight in the eyes as you blast them out of orbit. So with a plethora of character customisation options coming in, you can look good doing it too.

Let the CCP guys walk you through exactly what to expect with tomorrow's update. They took the stage at last weekend's Playstation Experience event to explain things. 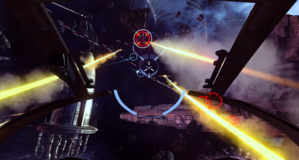