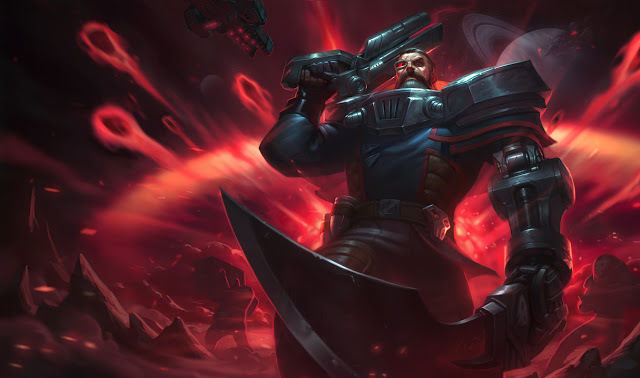 League of Legends is a never ending rollercoaster ride for Riot Games. Being one the most popular games in the world while still running solely on micro-transactions means they're constantly throwing out more reasons for you to throw your money back at them. There's 6 new skins available on the test realms today, but who knows when they'll make it into the game.

Three of these new additions join the 'Warring Kingdoms' series of skins which see champions lucky enough to earn one the chance to take on the appearance befitting a mighty ruler. Azir now appears to finally control an ancient army again, while Garen takes on a slightly more Asian folklore inspired look. Vi, on the other hand, joins Garen with the Jade Kingdom idea by swapping her usual law enforcement attire for some skull-sundering Jade Knuckles. 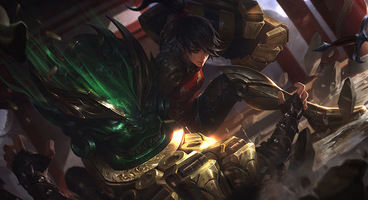 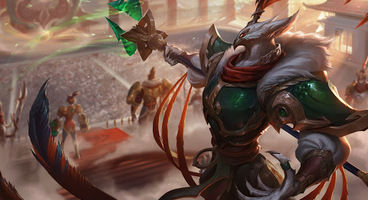 While the Warring Kingdoms skins will likely release at the same time as each other, Lucian and Quinn's 'Heartseeker' designs are probably saving themselves for a certain love-fuelled holiday in the first quarter of the year. Just as Garen is missing his splash art, so are these two. So head over to Surrenderat20 for a few in-game shots.

The last series of skins went full force with the continuation of the Star Guardian set.

Potentially coming alongside the Warring Kingdoms, however, could be everyone's favourite - once thought dead - pirate, Gangplank. Taking on the style of a technologically advanced warlord or sorts, his upcoming Dreadnova skin actually doesn't look quite as menacing in-game as it does in the splash art. Then again, League of Legends is a very colourful game with a predominantly cartoon-esque art style. So he just ends up coming across similar to that of a certain Sonic antagonist.

Just like how we rarely know when a patch will land until it does, we won't have a clue when to expect these skins in the live servers. But if you want to try them out right now, download the latest PBE build through the launcher.