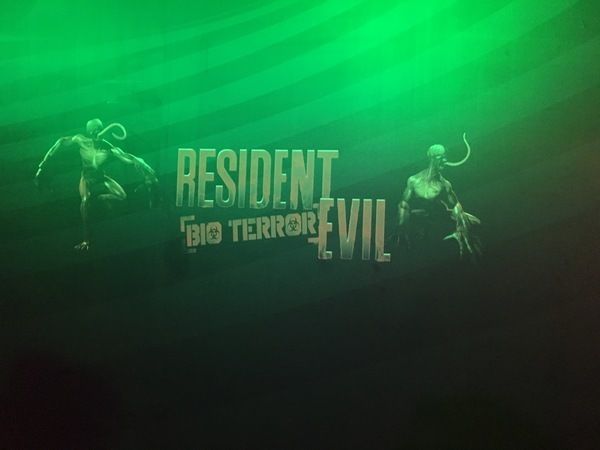 Last year, it was reported that Capcom’s Resident Evil division would be focusing on VR. Given the gold rush for VR content, that should come as no surprise. According to French Resident Evil fansite Biohazard France, the first such game might just be a title called Resident Evil: Bio Terror.

The site’s image of the event also includes Battlefield, Gears of War, Dragon Age, Asura’s Wrath, and I think Final Fantasy. (Hey, it’s blurry.) What kind of event would bring these titles together? Well, this announcement is associated with Hub Zero, which is an indoor entertainment facility scheduled to open in Dubai this year, and it looks like they’re partnering with a number of AAA developers to create original VR experiences.

Will any VR games end up on our list of the Best PC Games for 2016? Only time will tell!

According to UploadVR’s David Jagneaux, Resident Evil: Bio Terror will likely be an on-rails shooting gallery, similar to the previous Umbrella Chronicles series.

While these titles are only officially announced for Dubai’s VR arcade, it seems like a safe bet that they would eventually make their way to home VR systems internationally. After all, it doesn’t make sense for AAA developers to confine their games to a single country when there’s an international market hungry for VR content.