Win That War! is an RTS with single player, multiplayer and MMO campaign modes set in a procedurally generated sci-fi universe. Insane Unity are looking for $45,000 to fund a portion of its game. The developers say the heart of the experience lies in the massively multiplayer online campaign. In this campaign, players fight each other in order to conquer territories on a planetary scale. 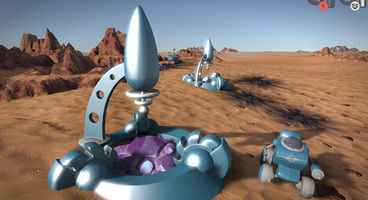 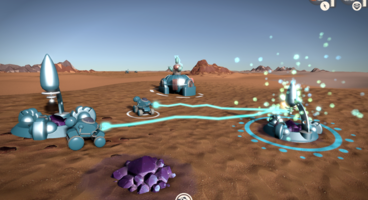 CEO of Insane Unity, Samuel Hangouet talks about the Win That War! Kickstarter campaign: "Our goal for Win That War! is to create a rich and diverse tactical experience spanning a galaxy-wide competition for power, resources and wealth. With the resources and ingenuity of our team, we are already well on our way with an exciting alpha demo, and with the assistance of strategy fans, we will deliver a compelling RTS game in 2017."

You can try out Win That War! by downloading the demo found in the Kickstarter campaign. The demo allows you to play a 1v1 tutorial match against the CPU, and if you’ve got some friends over you can play with up to eight players on LAN.

Interested in backing Win That War? Here’s the link to the Kickstarter campaign where you can pledge your support. You can help fund the game by pledging only $23/£16.

Check out the trailer below to get a good look at the game. Win That War looks significantly better in motion than it does in screenshots.