The years 2014-2018 are all about remembrance. With it being the 100 year period since the start and end of World War 1, Battlefield 1 has taken us on a journey to learn more about one of the biggest worldwide conflicts in history. And tomorrow's map update will drop us into another - the Hundred Day Offensive.

If you pre-ordered Battlefield 1 back before release, you're getting this one for free tomorrow. The same goes for you season pass holders, of course. But for those who opted to go the noble route of paying when its ready, you're have to give it another week. 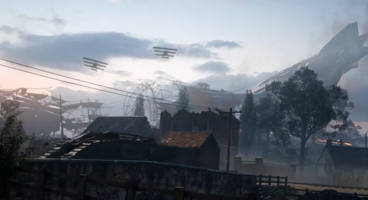 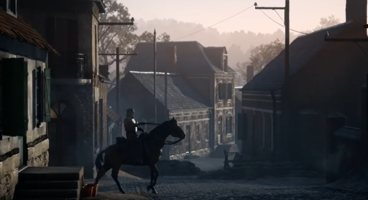 The official Battlefield 1 website has a handy map description in place for the new location much like the last set of maps to show up before release. This one says "British forces have broken through the Hindenburg line and are heading towards a strategic railway center. The outcome is uncertain. An armored train can still turn the tide."

Make yourself comfortable. We won't be seeing another Battlefield title for a little while.

Sure, there's a new trailer for you to take in the sights and sounds of the Giant's Shadow map right now, but there's a more personalised look coming through an official livestream later today for those getting a little impatient. It'll take place at around 4PM EST or 21:00 GMT and last for around two hours.

According to the BF1 Twitter account, though, we have to watch it through the Companion App So get ready for a login.