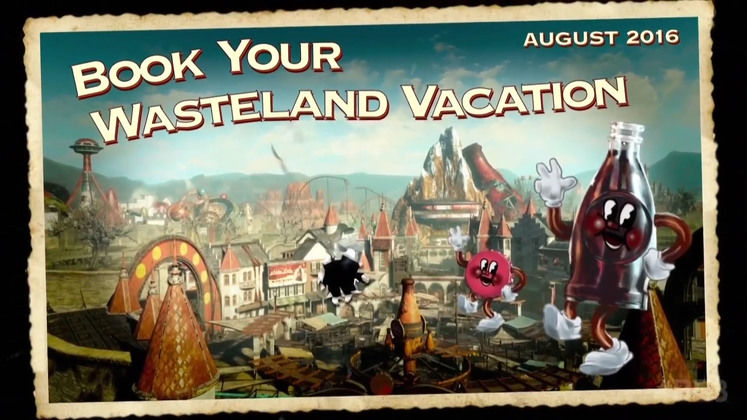 At their press conference tonight, Bethesda announced the second wave of Fallout DLC.

The Contraptions Workshop will allow players to complex Rube Goldberg devices featuring conveyor belts, armor packs, and weapon kits. The Vault-Tec Workshop similarly is designed around construction, allowing players to build their own vaults and do experiments on their denizens. They also teased a third new add-on, which seems to be a more substantial, story-driven expansion set in a Nuka-Cola theme park called Nuka-World. That expansion is due out August of this year.

These add-ons will be available for all current Season Pass holders. In addition to that, the free mobile vault management sim, Fallout Shelter, will be coming to PC.