Headlander, Double Fine’s cranium-swapping caper, is out later this month 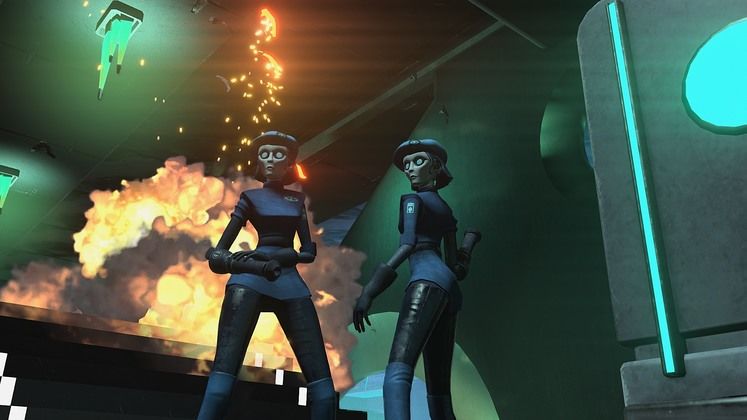 Funky beats, retro futurism, and side-scrolling action-adventure are the order of the day with Headlander, the latest from Double Fine and Adult Swim Games. Both of those studios are known for games with a whole lot of style, and Headlander doesn’t disappoint in that regard, with a 70s-style sci-fi future and a wacky concept.

You’re the last human in the universe, and all that’s left of you is a head. You’ll fly your disconnected dome around to connect with robot host bodies, and use their abilities to unravel the mystery around the fate of humanity. To complicate matters, you’ve also got to deal with a deranged computer ruling over a horde of robot bodies with formerly human minds.

Of course, there are already tons of great independent games out there. We just happen to have a list of the best indie games on PC!

The trailer shows off a host of potential bodies from humanoids to turrets to robodogs and what looks like a vacuum cleaner. You’ll have to make use of their abilities to solve puzzles, outshoot bad guys, and more generally figure out what the heck is going on.

Double Fine’s titles aren’t always amazing, but they are always unique and interesting, so we’ll be watching closely when Headlander hits on July 26.