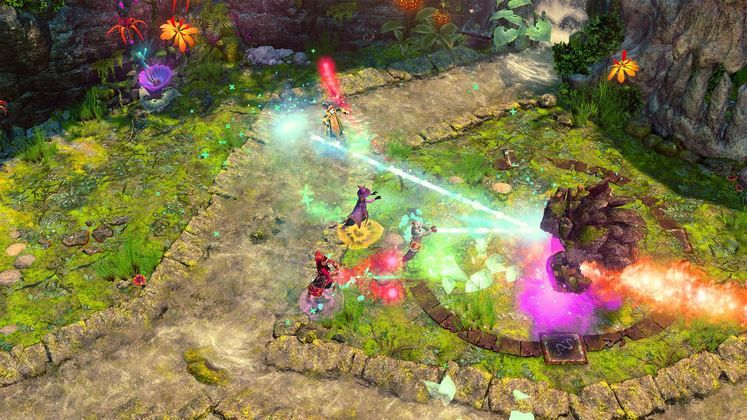 Finnish developer Frozenbyte is one of the earlier indie success stories, with their Shadowgrounds titles first gaining a foothold in 2005. Their big success, however, came with the beautiful fairy tale of the Trine series. Now they’re once again returning to the realm of magic with a new title called Nine Parchments.

Nine Parchments is described as a co-operative blast-’em-up where up to four players join magical forces to cause some spectacular spells. Spells take the form of projectiles, beams, sprays, and other types, across elements like fire, death, and electric. The spell system sounds a bit like Magicka, but we don’t have details on how it works just yet.

The game will be built around a roguelike progression featuring randomly generated monsters, and you can unlock various characters and items as you play. The co-operative mode is playable both locally and online.

No word yet on when to expect Nine Parchments, but it will release on PC, PlayStation 4, and Xbox One.