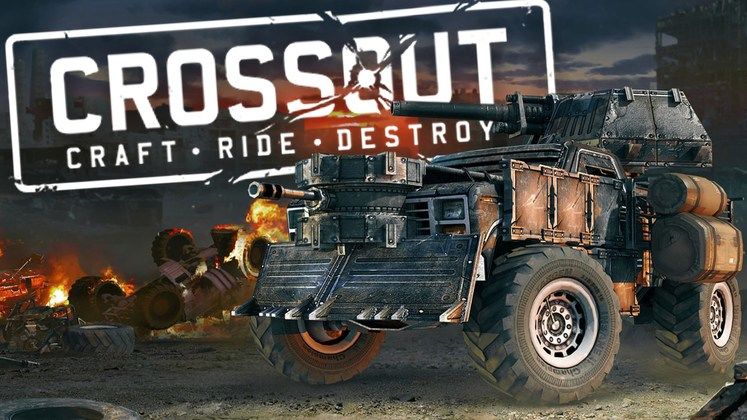 Gaijin Entertainment and Targem Games have announced another major update for the vehicular combat MMOG Crossout. The new update is themed around a group of post-apocalyptic ‘Knights’ inspired by medieval Europe. The new update will include a host of new items and the German localization of the game.

Crossout is currently in Beta and the new update contains a new map for players to do battle on. Alongside the new map comes new items for players vehicles including weapons and heraldic items. To obtain these items players must find the wagon train of the Knights, who call themselves the ‘Knechte’ (the ‘Journeymen’ in German.) Here, players can earn the Knight’s own currency, Talers, by completing various missions. 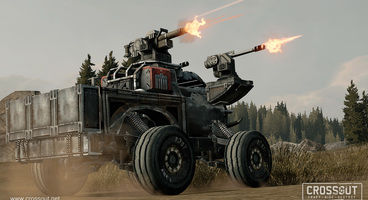 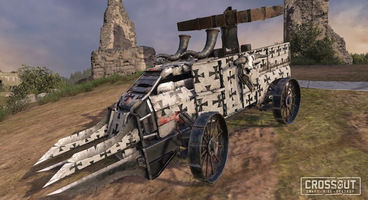 Players can then purchase suitable equipment from said visitors to further customize their own crafted vehicles. New parts include an oversized crossbow firing bolts of energy able to pierce even the strongest armor, genuine medieval cartwheels and various heraldic items to use as decoration. This is rounded off with new, chivalric paint patterns and knightly portrait pictures, players will truly be able to ‘arm’ themselves as a proper Knight of the Crossout round table.

The new map addition is-‘Fortress’, which is a blend of derelict, castle-esque stone structures and deserted concrete bunkers of the late modern times. Here, in the gloomy light of Sepulchre, players will fight for control over a Fort that oversees the area.

Crossout is currently in beta and available on steam to purchase. 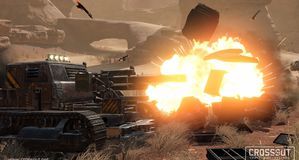