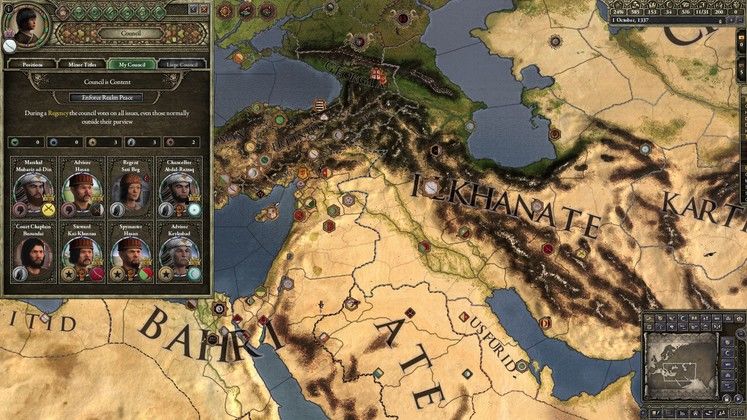 Paradox Interactive has announced that their latest expansion for Crusader Kings II, Conclave, will be available for purchase on February 2nd. The expansion "will bring out the politician, diplomat or tyrant in you as your royal council demands to be heard – and the loudest voices demand a seat at the table."

Conclave adds a revamped council mechanic. Now, the liege no longer has total autocratic control of the realm's policies. The vassal lords will no longer accept all of a leader's edicts with an automatic seal of approval, they have their own goals, and successful lieges will be able to cajole, barter and make deals with them to keep their approval. Ruling with an iron fist will make them harder to control. 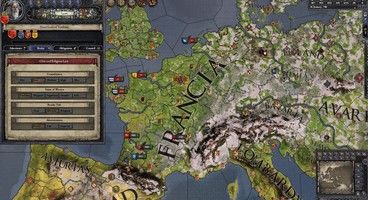 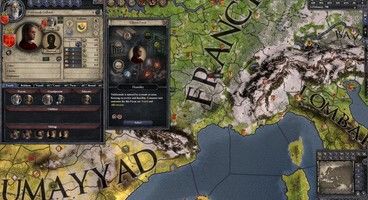 "This expansion will also increase the importance of marriage alliances, introduce systems to block rapid overexpansion, and allow you to rent out some of your soldiers as mercenaries – just because you’re not at war doesn’t mean you can’t make a ducat or two off someone else’s aggression." For more on the political intrigues of the expansion, GameWatcher summarized some of the council politics laid out by Paradox. 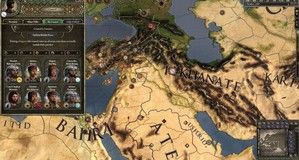