Camille's League of Legends Debut Is Official, And She Will Hurt 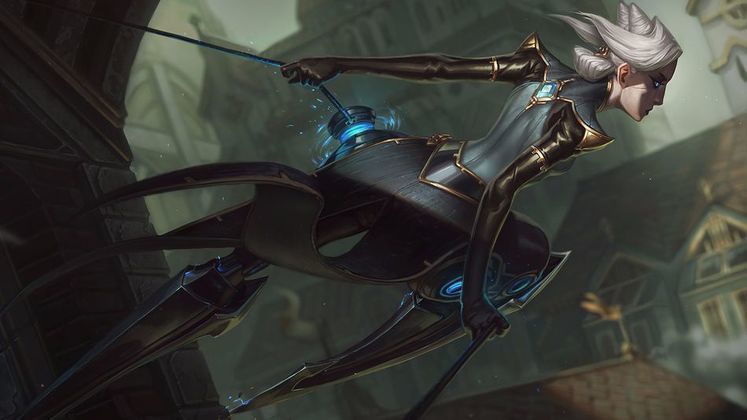 Heavily hinted during last week's League of Legends comic, Camille has been officially unveiled as the popular MOBA's newest champion.

Described as a calm, relentless and terribly precise elite operative, Camille's razor-sharp legs and hextech-powered body were bestowed upon her by the Steel Shadow after showcasing her dedication to maintaining the order of Piltover.

Those looking to master Camille's power must expect to respect her commitment to fast, precise slaughters. After all, "Precision is the difference between a butcher and a surgeon". Considered the assassin she's painted as during her reveal comic, the general idea of Camille's force is to cut deep into the enemy backline, destroy a single target and flee before the enemy has time to react.

Riot Games are certainly showing off their style, lately. Lux got one of the game's most elaborate skins in recent memory..

You'll typically see her in the mid-solo lane applying ongoing pressure to her enemy while eventually split-pushing with her 'Hookshot' ability to keep the rest of the opposing team on their toes. True to the assassin idea, her ultimate allows her to single out an opponent and face them one-on-one; until everyone else arrives, anyway.

Available through the test servers, Camille will likely arrive in the next major patch phase - which should be any week now.