Goliath gets a May 12th release date 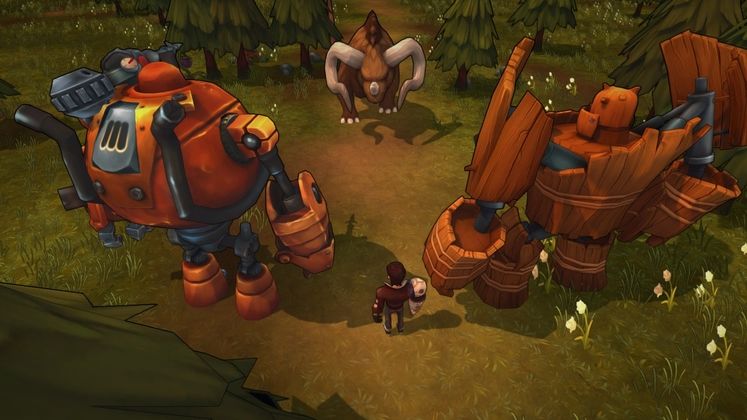 Publisher Octopus Tree has announced that indie developer Whalebox Studio's robot action game Goliath will be launching on Steam on May 12th, 2016. The game is described as "an open-world, action-adventure game with crafting and role-playing elements."

The entire crux of Goliath has players building and customizing their own massive robots called "Goliaths" to deal with difficult challenges. "Goliaths can be customized and outfitted with weapons for various situations and battle preferences. Players can also create items and tools, build their fortress and find new allies, and choose which factions to support in the war that is sweeping across the world."

The indie scene on PC is a veritable embarrassment of riches, so why not check out our list of The Best Indie Games? 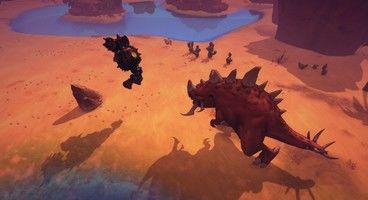 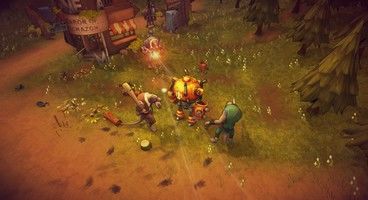 Goliath's world features procedurally generated environments, quests and events. "A living ecosystem with changing weather and day and night cycles ensure that no two games of Goliath will ever be the same." because players must take the environment and weather into consideration when building their Goliaths.

If that weren't enough, Goliath also supports four-player co-op, as each player’s world has unique quests and rewards, and any loot earned in co-op can be used in the single player campaign. The game also includes PvP, as players can also choose one of several factions to fight "a massive war that’s sweeping the land and determine who will come out on top." Players can opt to build an impenetrable base - or just be a roaming nomad walking around with their giant robot.

Get ready to build giant robots and punch massive monsters. 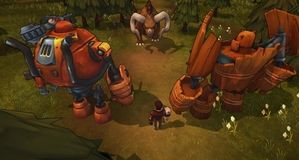