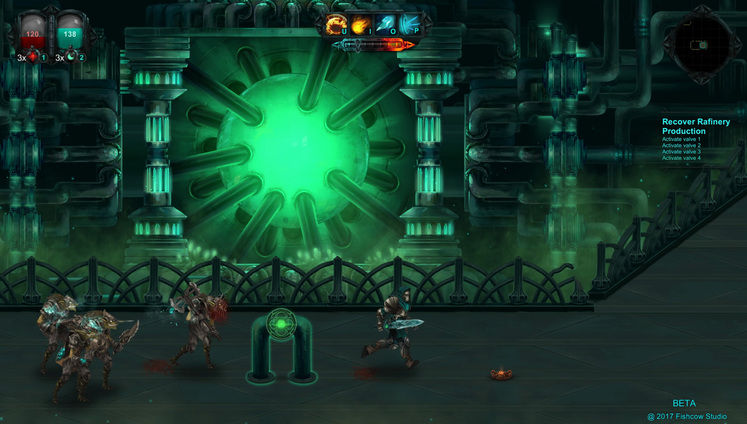 The days of Steam Greenlight may be numbered, but there's still a few developers looking to utilise it for a hopeful spot upon Steam's massive store page. Moonfall is yet another struggling through to make the cut.

Based out of Slovakia, Fishcow Studio are piecing together a 2D action-RPG centred around an old-world industrial setting. Looking like something for a pop-up book that shouldn't be read to the kids, it's all about out-manoeuvring the dozens of enemies encroaching on your position as you move through its many open-ended stages. 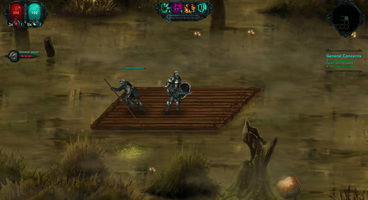 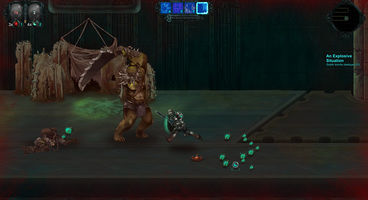 Though it won't initially ship with co-op included, the mode is promised to make its way into the title after release - while other, undisclosed multiplayer modes seem to be in the release timeline.

Making the choice between three different playstyles, you'll have the choice of traversing the game's gothic environments as either a Vanguard, Elemental Engineer or simply a Shadow. With 15 non-linear stages included at launch, there's said to be dozens of both enemy models, weapons and products to keep you safe from harm. Being open-ended, each stage will house multiple main and side-story quests to keep things from being a simple A-to-B race to the finish.

Wanting to show off their hand-painted style and emphasis on high-quality music, there's a gameplay and combat trailer down below introducing us to the Terra Nihil world. Give it a vote on Greenlight if you're interested. There's not all that long left on the clock. There's no word on a tentative release date just yet, but console versions will be released in the months following the PC/Mac/Linux builds.