Is Steam Hinting At TV And Comic Book Sales With This Hidden Artwork? 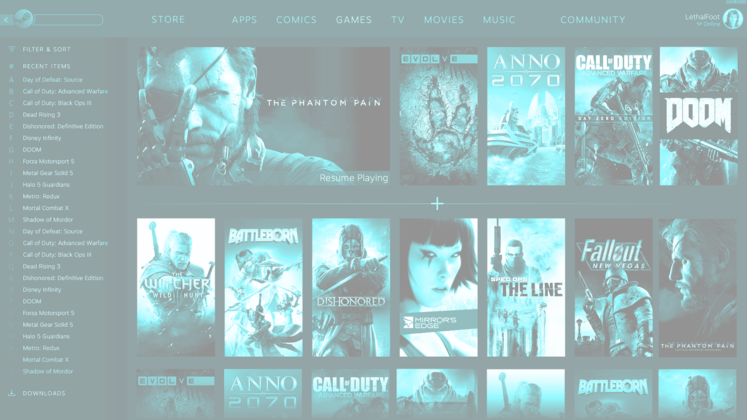 It wasn't too long ago that Steam introduced its latest overhaul. One that attempted to shove more of what you like down your throat while taking a stab at what it thinks you should like. Well, an artist's impression of another design holds true, it might be changing yet again.

Buried deep with one of Steam's sub-folders, users over at SteamDB found a pretty incriminating photo. 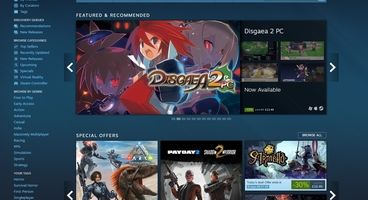 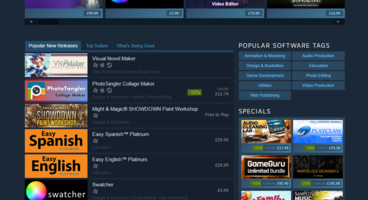 Not one that's likely to cause outrage or something that's going to have a particular celebrity on damage control after rising up on the Twitter Trends in a quick few minutes, but one that could suggest Valve is looking to stretch their operations yet again.

Suddenly looking a litle too much like Netflix, this likely early concept idea uses a lot of imagery from some pretty aged games by this point, but that only solidifies its place as a mere concept at this time - just one that might lead to something considering it's already in the distributed official version of the program in question. But it's the inclusion of both the TV and Comics category raising eyebrows. The moment Steam integrated a music player and began offering software like You Need A Budget. ArtRage and RPGMaker, they turned a new leaf. And if this holds true, they could be looking to do it again.

Though they could just be placeholders yet again, both TV and Comics have seen a sharp rise in popularity over the years with the rise of Game of Thrones, Hannibal and Breaking Bad to major comic reboots alongside the growing combat between Marvel and DC's Hollywood efforts. Is Steam looking for more of your money? Why wouldn't it?