Grimoire : Heralds of the Winged Exemplar

After more than 20 years of development, Grimoire is finally out 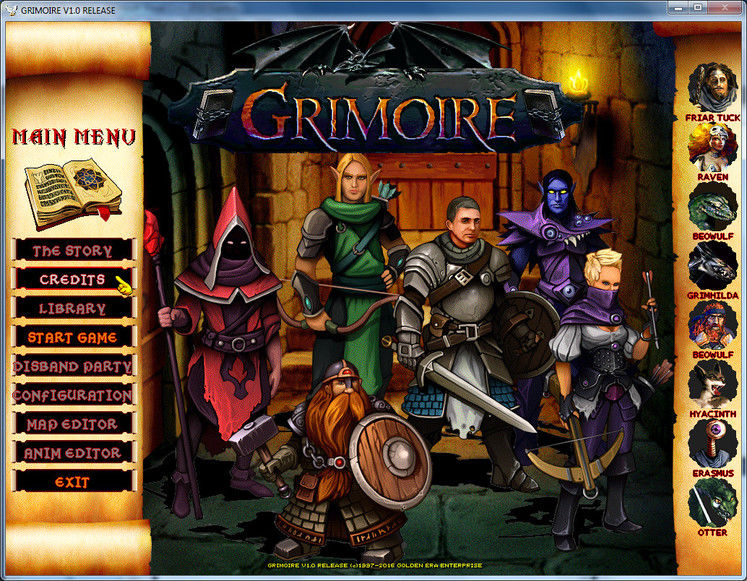 Protracted development cycles happen in this industry. Owlboy recently came out after 10 years in development, and who can forget Duke Nukem Forever's ridiculous 15 year journey (we all would like to)? But we quite possibly have a new champion of ridiculously extended development times. Grimoire: Heralds of the Winged Exemplar, from developer Cleveland Mark Blakemore, took a staggering 20+ years to make. And now it's available on Steam. That's quite possibly older than most of our audience, and staff (not me, but I'm an old bastard).

The game itself is an old-school (not surprisingly) CRPG in the style of Eye of the Beholder, Wizardry, Might & Magic, and Lands of Lore. The same style of first-person party-based dungeon crawler that recent titles such as Legend of Grimrock and the upcoming Bard's Tale IV have been trying to bring back, except Grimoire looks like it came from the same time. Because it did, essentially.

We weren't that impressed with the last Might & Magic game!

Cleveland Mark Blakemore started developing the game in the mid-90s, although it's quite hard to pin down the exact date meaning some estimates place development time as much as 24 years. He previously worked at Sir-Tech on such games as the Wizardry and Jagged Alliance series, before leaving to work on Grimoire. He is something of a perfectionist, as you can imagine, and is also a bit of an eccentric. Here's a quote from an interview with him at RPGCodex in 2012:

RPG Codex: "In your Indiegogo pitch, you speak of your perfectionist trait that you ascribe to your "Neanderthal genes". Do you see this kind of perfectionism as a threat to the target release date of May 2013? How do you make sure the game does not end up being delayed again? And most importantly, how would you convince people that it is for real this time?"

Blakemore: "If you get a chance, ask your scienmagists about the lovingly drawn ‘thal cave paintings of the spotted horses. Ask them how wild horses could have those spots when that is a recessive trait specifically associated with domestication. Horses with spots are night blind which is a great trait if you are in a stable after sundown. Ask your scienmagists, tell them your crazy Neanderthal buddy is an inquiring mind and the rodeo clown wants to know. I reckon the spotted horse alone blows apart 400 years of Sapiens scienmajistics in five seconds. Stupid Enkidu, always peeing in the scienmajistic punch bowl."

Yeah. He's such a strange person that Jagged Alliance 2 has a parody of him called 'Calvin Barkmore'. The IndieGoGo campaign they mention didn't do so well, securing just $10,598 USD from 159 backers. The target was $250,000. Which was possibly why Grimoire took a further five years to release. 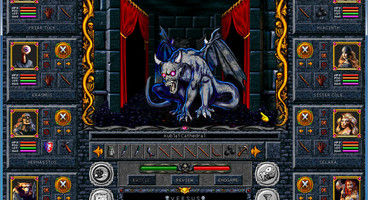 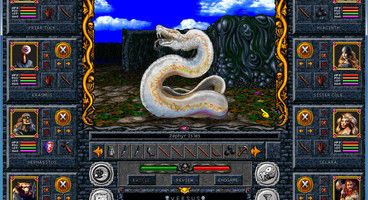 The final game is described on Steam as "the greatest roleplaying game of them all" and does sound kind of neat, if we admit as much. It better be after over 20 years of development. It's supposed to contain over 600+ hours of gameplay, 244+ maps, 64 intelligent NPCs with 8000+ words in their vocabulary and "full sentence communication", and more. 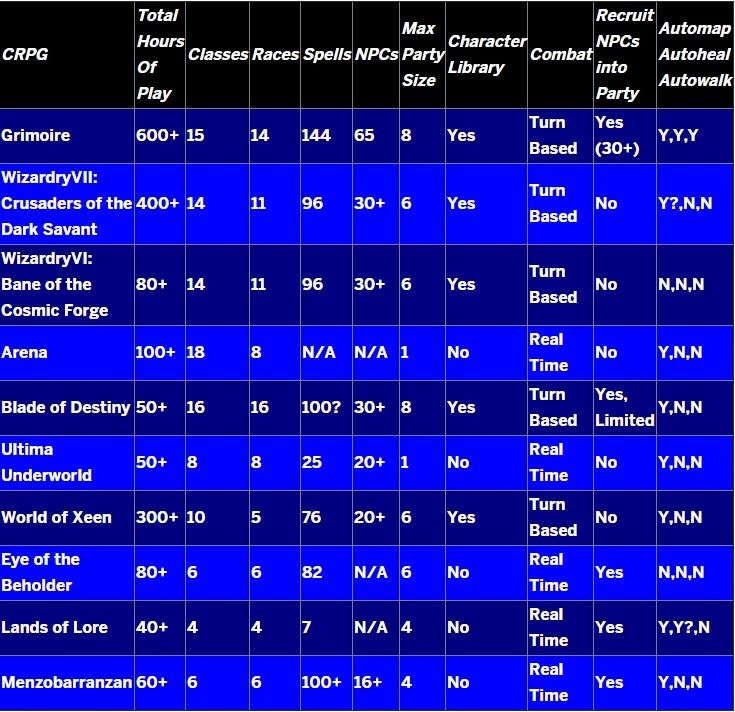 We're beginning to work out how it took so long. Grimoire: Heralds of the Winged Exemplar is out now on Steam priced £29.99/$39.99, although it's 10% off at the moment. Admit it: you're curious. 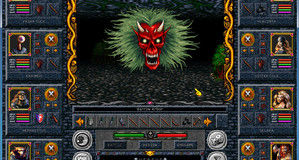