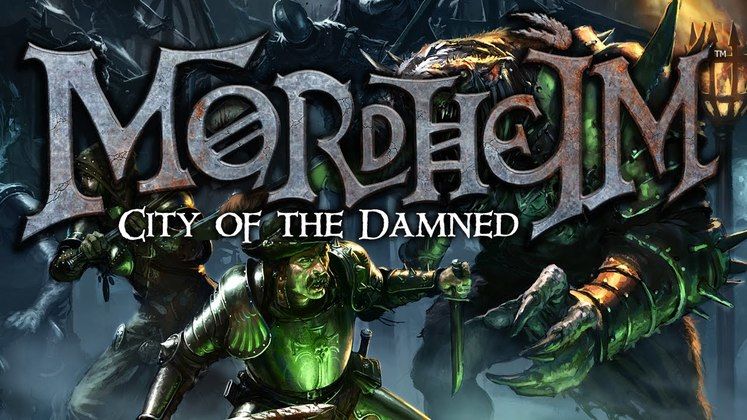 Mordheim City of the Damned is a turn-based strategy game with RPG elements that is based upon Games Workshops board game of the same name. Set in the Warhammer fantasy universe the game sets players in charge of a warband set on looting the ruined city of Modheim for precious wyrdstones which are gems containing warp energy, so basically, they are powerful and rare and thus extremely valuable to just about everyone.

Mordheim is hard, just a flat out hard game whether it be single player or multiplayer. It’s an RNG based game that can easily feel very punishing to the untrained and can scorn even the most experienced. To that end, we have compiled a tips guide that will help players understand the game and do everything in their power to ensure success against the RNG gods of Mordheim.

Choosing which faction to play is more than just an aesthetical choice. While any warband can be tailored to how you want it, through character development and a great level of customization, each warband has its own natural strengths and weaknesses that should be considered before committing yourself to one.

The Human Mercs are the most versatile and mouldable warband in the game. They have a large variety of units that can be tailored to your preferred playstyle and have the best-ranged units in the game. If playing a ranged game is your thing, then the longbows and various rifle and pistol units should come in handy. However, they can be susceptible to the various psychological effects the game has to offer and can be somewhat squishy if melee units surround them.

What the sisters lack in ranged combat they make up for with damage absorption. As a rule, they have: higher health, great buffs, and have access to some strong unique melee weapons such as the flail. Due to many of the sister's units having large amounts of health, they can often win a game of attrition just by outlasting the enemy on pure health alone. However their tank-like nature means that they are very open to getting picked off at range if your units cannot close the gap.

Cult of the Possessed

The chaos forces excel in one single area, kicking the crap out of everyone. As a warband they have some of the strongest impressive units in the game and have a good mix between melee and range. They, however, suffer from two major drawbacks. The first is that many of their strongest units are affected by mutations which can lead to bad mutations and messing up your entire character build. Second their base henchmen are fairly weak and a little better than cannon fodder in many games.

The Skaven are probably the best hit and run fighters in the game. While individually, their units tend to be weak, they have impressive movement speed alongside some strong larger units. This coupled with the fact that the Skaven have access to a wide range of debuffs, leaves them best suited for picking off lone units or hit and run tactics to break up grouped units.

The Witchunters field a decent melee unit roster that focuses on anti-spellcasting and damaging critical hits. They are a faction that has naturally high magic resistance and works well against the debuffs that are presented by the Chaos, Undead and Skaven factions. They do however lack range and some of their units can easily be taken down when surrounded.

The Undead are the latest DLC faction and seek to mix strong melee units with debuff abilities. They have a unique upkeep system that is really for more experienced players to play as the intricacies of the zombie units may be confusing for newer players. 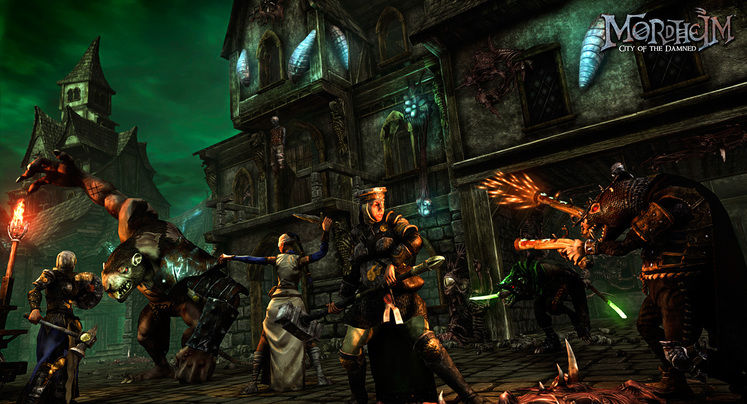 Each Warband has 4 types of units: Henchman, heroes, impressive, and your leader. Each faction has two types of henchman, Three different heroes, one leader, and one type of impressive unit. At the start of the game you will only be able to recruit a few of these. As you complete missions both your warband and the individual members will gain experience and level up. Increasing your warband level grants access to new types of units as well as warband perks.

You can field your warband in a variety of ways however there are sacrifices to be made. Fielding an impressive unit will mean you can field fewer other units and vice versa. It’s important to field units based on the mission type and enemy you face to gain a tactical advantage.

In battle each unit has a number of movement and offensive points which are used for various abilities your characters can learn over time. These points increase with levels so a level 7 henchmen will have more offensive points to use than a level 4.

Each unit will have a customizable loadout that can be attuned to your preferences. I recommend sword and shield for most as the one-handed weapons get two attacks once your characters have gained more offensive points and the shield allows for defensive bonuses, improving the survivability of any given character. Each Warband unit will cost upkeep which you must pay in order to use them, after all they don’t risk death for free. The more units you hire, the higher the cost of upkeep so at the lower levels you’ll be finically restrained to a select group. 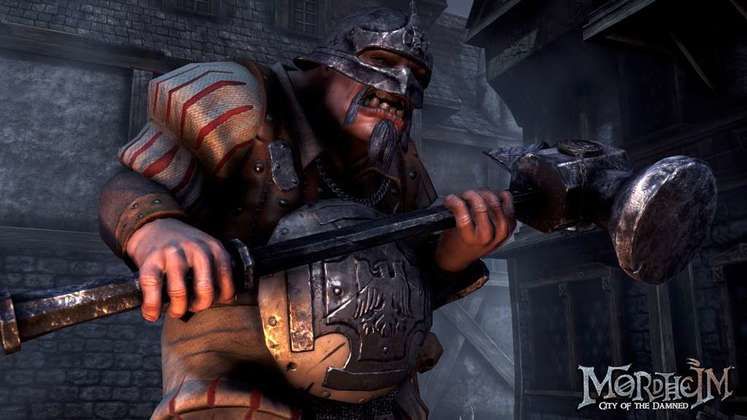 Combat in the game is simple but has layers of depth that is decided via dice rolls. For example, once you have engaged an enemy, and you choose to attack, two dices are rolled. The first determines if the attack hits, if the first is a success the second will determine if the attack is parried which is affected by the various defence stances you can place characters into. If the second roll is successful for the attacker, the hit will damage the defender.

This is the basis for all the combat, the only difference is how likely the dice is to succeed on your part. A 95% hit chance will sometimes fail but, the odds are in your favour that the dice will roll at hit. Likewise, on the defensive your odds can be increased by putting your characters in the dodge or parry stances depending on their loadouts and stats.

It's important to remember there are lots of factors at work here as the enemy stats are taken into account with any roll, on top of that, any defensive stance only works when the attack would have hit, so it only ever effects the second dice roll on the original hit chance roll.

There are a variety of status effects that can occur in Mordheim for a countless number of reasons from the environmental hazards of wrydstones to enemy magic and spellcasting. Reading the status effects carefully is important as it helps you decide how to go forward. More status effects are temporary but can lead to your character getting knocked out and acquiring injuries which are status effects that take multiple missions to get over so you may wish to replace certain characters while they heal or risk permanent injury or death. Permadeath can be soul destroying in this game especially when you have levelled a character for quite some time.

If you are a new player, it’s important to stick to missions that are of normal difficulty. Deployment is also a factor in how difficult the mission will be and you should be aiming for missions that deploy around the wagon. Wide deployments or patrol deployment missions will be more difficult by nature.

Many people ask about the importance of completing bonus objectives. Completing these will give you more XP and loot but can be a high risk, high reward situation. The bounty and wyrdstone collection objectives are usually easy to complete but don’t risk making bad tactical judgements to complete them. Crush their morale objectives are the most difficult and really should only ever be attempted by experienced players or if the opportunity presents itself. 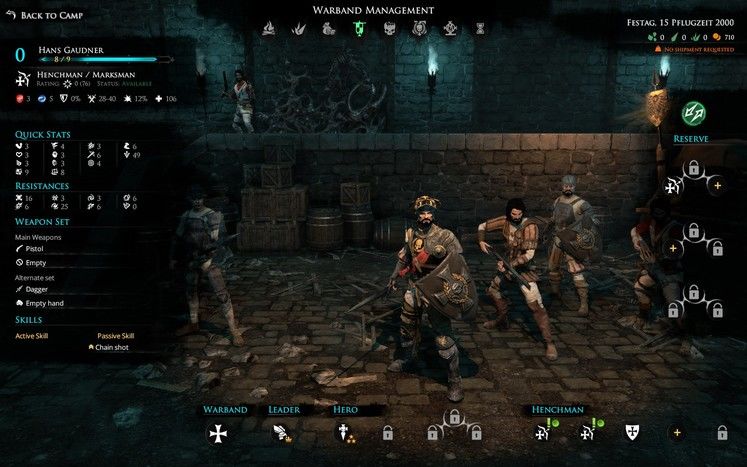 Understanding the basics of Mordhiem are key to basic survivability and it cannot be overstated enough that RNG reigns in all things. Regardless of how well you play tactically, bad things will happen. You will miss a 90% hit chance, and be hit at 35%, the law of maths applies and so you should be prepared to encounter unexpected events.

Being prepared for the unexpected is one step in the right direction and a cautious approach to battle is the best approach. One of the biggest tips to give in terms of tactics is to keep your warband together; it is tempting at times to send one or two members off to gather stones or complete bonus objectives. The leaves those characters open to being surrounded and easily being taken out which will, in turn weaken your main force. 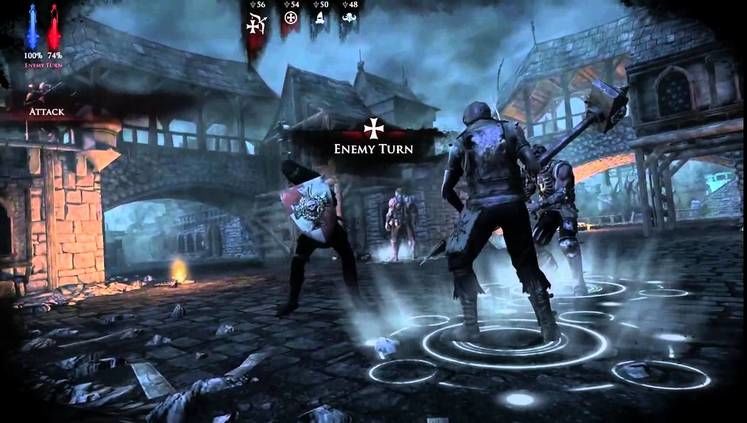 It is often better especially for new players to move around the map as a group. Focus on surrounding enemy units with no more than three characters as you should always leave room for the enemy to flee as so not to tie up your engaged units to long and the fleeing enemy will be subject to free attacks of opportunity.

Using your strengths to your advantage is always going to be key, if you have a ranged focused warband, make sure to play a ranged game and don’t get pulled into a melee confrontation. Likewise if you are playing with a melee focused group, using charge is ideal to close the gap on archers but may not be worth the penalties against melee enemies

One of the most important ideas to grasp around is to not get to comfortable with your existing tactics. RNG will throw you curve balls and you’ll have to adapt quickly and shift tactics. Try to constantly survey the battlefield and keep track of enemy movements, keep flanks secure and don’t get surrounded regardless of the situation. As your warband grows in level and rank you’ll gain access to new abilities for various characters, make sure to study their relative effects carefully to understand the best situational use in combat. Enjoy the perilous trails of Mordhiem! 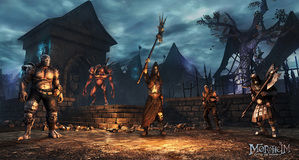